MADISON, July 19, 2022 – Associated Builders and Contractors (ABC) of Wisconsin representatives met with the Legislative Council Study Committee on the Commercial Building Permitting Process Tuesday at the State Capitol. The study committee is directed to review the current commercial building permitting process and may recommend legislation for specific changes to the process. 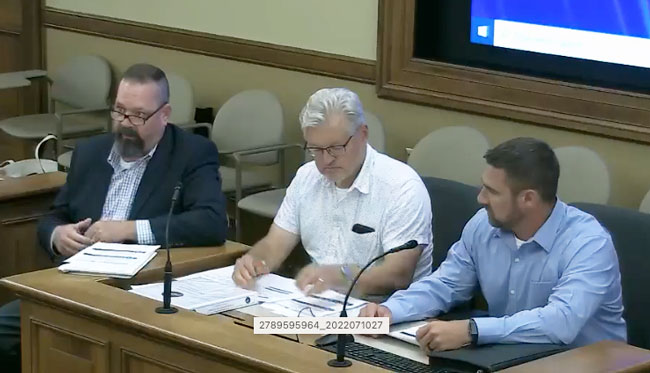 Most contractors would agree that the plan review process at the state level still needs improvement. The Wisconsin Department of Safety and Professional Services (DSPS) has been under fire for several years for long wait times for the commercial building plan review. A number of reforms were put into place over the past couple of years, but contractors are still in need of an improved process, which the committee is hoping to address.

“There has to be a faster track that we come to some resolution at the state level to improve this process,” said Wagner. “We want to review the ability to make a date like we did a long time ago, ahead of time. That is impactful for not only a general contractor and architect but also a subcontractor because now we’re playing off of their delay in the timeline.”

Mielke told the committee that having a system in place is good to ensure construction is done right, but, as Wagner said, the timing needs work.

“When we talk to our members about the need for commercial plan review, they like it; they support the plan review and appreciate a second set of eyes on those plans,” John Mielke, president of ABC of Wisconsin said during the meeting. “Obviously, we want the system to work well and efficiently,” he said. “We appreciate the progress that the department has made on this issue, but I think there’s room for more progress to be made.”

“It’s a compounding factor when you keep delaying the process for when this building can actually happen,” Wagner said.

Mielke also stressed to the committee the importance of keeping the Statewide Commercial Building Code consistent across the state and mentioned the lawsuit ABC is involved in regarding a specific violation of the statewide code.

“You may be aware of a lawsuit currently with the city of Madison dealing with bird-safe glass and at the core of that is what is a zoning ordinance and what is a building code provision,” Mielke said.

Klessig, who along with Mielke was instrumental in developing the Statewide Commercial Building Code years ago, said it required many meetings and significant work and compromise. Klessig emphasized the need to keep the uniform building code consistent across the state.

“Rules like John just mentioned are trying to eat away at that compromise on the commercial uniform building code and we think that should be stopped,” Klessig added.

“We think it was established for the benefit of the state of Wisconsin,” Klessig said. “Is life safety more important in one of our cities versus another city? Should we reach a place where buildings meet a certain standard all across this state or should individuals in individual cities get to dictate everything?”

“So, that’s something I think the court will have to weigh in on but it’s a gray area,” Mielke said.

Klessig, who sits on the Legislative Council Study Committee addressing these issues, reminded his colleagues about the importance of improving the system.

“What business can’t handle is uncertainty. You make the rules, and we’ll abide by them, but the uncertainty of what the rules are is devastating to business.” 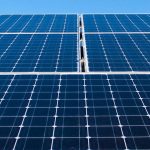 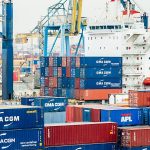