The News: The Wisconsin Institute for Law & Liberty (WILL) filed a Notice of Claim, Wednesday, with the City of Madison on behalf of four real estate, development, and building associations warning that the City’s new mandatory bird-safe glass ordinance is preempted by state law. The Notice of Claim warns Madison that a lawsuit is forthcoming because the new city ordinance undermines and violates Wisconsin’s uniform building code.

The Quotes: WILL Deputy Counsel, Dan Lennington, said, “A uniform building code is a critical component of Wisconsin’s business environment. Madison’s attempt to undermine the code would raises costs, hinder investment, and inject new uncertainty for developers and investors.”

“The City of Madison’s disregard for the State’s Uniform Building Code threatens our collaborative efforts with local leaders to build thriving communities,” according to Jim Villa, CAE, NAIOP Wisconsin CEO. “Their actions endanger the $1.6 billion the industry contributed to Wisconsin’s economy and the $573 million in wages it supported in 2020.”

“This overstep is costly. Increased costs, especially when they’re not required by the building code, are passed on to consumers in the form of higher rental costs,” said WBA Executive Director Brad Boycks. “The City of Madison going above and beyond the code not only undermines the law, but has a negative impact on rental costs for Madison families.”

Background: In August 2020, the Madison Common Council adopted an ordinance that “all exterior construction and development activity” for buildings over 10,000 square feet, skyways, and other glass features, must meet new “bird-safe glass treatment requirements.” The ordinance went into effect on October 1, 2020.

Since 2014, Wisconsin has had a uniform commercial building code. To ensure Wisconsin’s code is uniform, state law provides that no city “may enact or enforce an ordinance that establishes minimum standards for constructing, altering, or adding to” buildings unless that ordinance “strictly conforms” to the uniform building code adopted by the Department of Safety and Professional Services (DSPS). The administrative rules make clear that cities may not enact or enforce a local ordinance that imposes “additional or more restrictive” standards than the uniform building code.

Madison’s new ordinance is illegal and violates the settled expectations of builders, contractors, developers, and property owners. It imposes “additional or more restrictive” standards for glass and violates Wisconsin’s uniform building code. Additionally, the ordinance would hinder the creation of good-paying jobs, raise housing costs and commercial rents, and drive investments away from the City of Madison.

WILL’s Notice of Claim starts a 120-day timeline before a lawsuit against the City can commence. 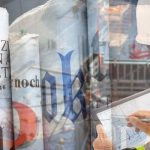 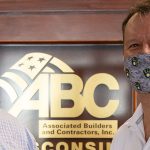