As the Biden Administration proposes trillions of dollars in new spending, contractors can expect more OSHA inspectors in Wisconsin and around the U.S. At least one report suggested OSHA will be doubling the number of jobsite inspectors.

The ABC of Wisconsin Safety Committee recently met with Wisconsin Occupational Safety and Health Administration (OSHA) officials, as it does frequently. The big takeaway was that OSHA’s region five, will be getting 12 more inspector positions divided up between Ohio, Illinois and Wisconsin.

The Department of Labor and its new Secretary Marty Walsh, a former construction worker and laborer’s union local president, have not indicated yet whether this means more aggressive jobsite inspections or just more of them. The funding would be in place to do both.

“I think we’re going to see big increases in funding for inspections,” said Don Moen, ABC of Wisconsin HR and Safety Director. “We will likely be going back to the levels of enforcement of the Obama years,” he said.

There are many who believe OSHA is inadequately staffed, with roughly 1,000 safety inspectors across the country. By comparison, the Environmental Protection Agency has 14,000 inspectors. Wisconsin has about 33 compliance officers who can cite for violations, but only two compliance safety specialists working throughout the state.

Moen is not shy about conveying these wishes to OSHA.

“They know how I feel,” Moen said. “I take every opportunity to let them know being proactive is much better.”

Moen said based on injuries, he expects Ohio and Illinois to each get four or five more inspector positions and Wisconsin to get two or three more; likely one each in Madison, Appleton and Eau Claire. 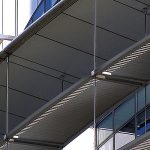 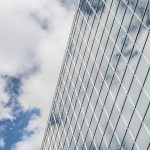