Earlier this month, the U.S. Department of Labor’s Occupational Safety and Health Administration (“OSHA”) announced a much anticipated Emergency Temporary Standard (“ETS”) regarding mandatory COVID-19 vaccination and testing for companies with 100 or more employees. OSHA has announced that it has “suspended activities related to the implementation and enforcement of the ETS pending future developments in current litigation.

A stay on the ruling was made this week by the U.S. Fifth Circuit Court of Appeals, which accuses the Biden Administration of forcing the desire for a federal vaccine mandate through inappropriate means. The court points to a number of precedents, including OSHA’s own determination in June 2020 that an ETS was “not necessary” to “protect working people from occupational exposure to infectious disease, including COVID-19.” The court opinion mentions OSHA has even “refused several times to issue ETSs, despite legal action urging it to do so. See, e.g., In re Int’l Chem. Workers Union, 830 F.2d 369 (D.C. Cir. 1987).

A number of organizations and individuals moved to stay the rule, claiming “grave statutory and constitutional issues with the Mandate.” Associated Builders and Contractors and its Alabama chapter filed a petition for review with the U.S. Court of Appeals in the 11th Circuit against the Occupational Safety and Health Administration for its COVID-19 vaccination and testing Emergency Temporary Standard, which applies to employers with 100 or more employees.

Here’s an interesting excerpt from the Fifth Circuit Court opinion:

“On the dubious assumption that the Mandate does pass constitutional muster—which we need not decide today—it is nonetheless fatally flawed on its own terms. Indeed, the Mandate’s strained prescriptions combine to make it the rare government pronouncement that is both overinclusive (applying to employers and employees in virtually all industries and workplaces in America, with little attempt to account for the obvious differences between the risks facing, say, a security guard on a lonely night shift, and a meatpacker working shoulder to shoulder in a cramped warehouse) and underinclusive (purporting to save employees with 99 or more coworkers from a “grave danger” in the workplace, while making no attempt to shield employees with 98 or fewer coworkers from the very same threat). The Mandate’s stated impetus—a purported “emergency” that the entire globe has now endured for nearly two years, and which OSHA itself spent nearly two months responding to—is unavailing as well. And its promulgation grossly exceeds OSHA’s statutory authority.”

The opinion also states the Biden Administration is using the OSHA ETS rule-making process as a “work around” for a national vaccine mandate in light of the President’s “displeasure with the country’s vaccination rate in September.”

The Fifth Circuit stay is only the beginning of this legal battle. The Sixth Circuit was just chosen by a ping-pong ball lottery process to hear the case, which is the consolidation of more than 30 legal challenges to the ETS.  This leaves employers in a difficult position, especially those who have already implemented vaccine policies and others who were planning to do so. Legal experts and others recommend having plans in place should the mandate emerge out of the Sixth Circuit intact. Of note, the Sixth Circuit is comprised of a majority of Republican President-appointed judges, which some analysts view as an advantage for keeping the stay in place. However, judges’ political leanings are never a guarantee.

On a related note, Associated Builders and Contractors and several chapters are supporting pending suits by multiple states challenging President Biden’s COVID-19 vaccination mandate for federal contractors. ABC contends the unprecedented executive order exceeds the administration’s authority and is likely to increase costs and undermine economy and efficiency in federal contracting. If contractors are forced to comply with the challenged mandate in order to be awarded covered federal contracts, many of them will be unable to perform the awarded contracts because a significant percentage of their vaccine-hesitant workers will quit or have to be placed on extended leaves of absence rather than be vaccinated. The federal contractor mandate allows no testing option for unvaccinated employees. 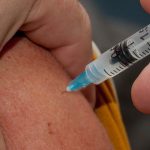 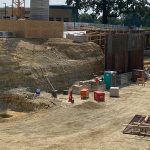