WASHINGTON, July 28, 2021 — Wisconsin’s estimated not seasonally adjusted (NSA) construction unemployment rate in June was 6.2%, according to an analysis of U.S. Bureau of Labor Statistics (BLS) data released by Associated Builders and Contractors (ABC), which is down 2.9% from June but up 1.0% from May 2021.  This compares with the overall Wisconsin unemployment rate of 4.5% in the same month.

“The strength of the economic recovery will be tested in coming months by the delta variant and as the outflow of funds from the American Rescue Plan Act starts to dry up. Congress is working to address the nation’s long-standing need to repair and upgrade its infrastructure, and a qualified workforce will be necessary to get the infrastructure built. Yet a skilled workforce shortage persists. If a commonsense, bipartisan infrastructure bill is enacted into law, the economy, the construction industry and the construction workforce will benefit,” said Bernard M. Markstein, Ph.D., president and chief economist of Markstein Advisors, who conducted the analysis for ABC. 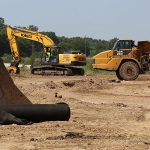 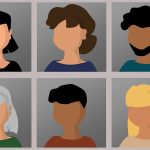