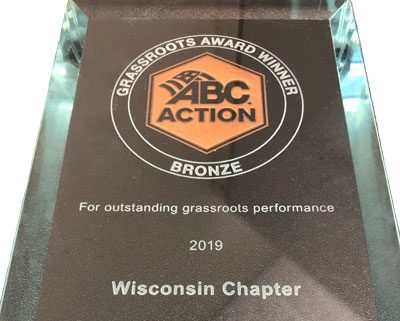 WASHINGTON, D.C., July 28, 2020 — ABC of Wisconsin is being recognized for stellar grassroots efforts among its peer chapters. The chapter received a bronze medal from Associated Builders and Contractors in Washington, D.C. this week for efforts in 2019.

Established in 2011 in an effort to encourage and award outstanding grassroots efforts, the national Associated Builders and Contractors annually celebrates a select number of ABC chapters from throughout the nation for outstanding grassroots performance. Chapters are evaluated on volunteer leadership, websites and publications, chapter staff grassroots involvement, implementation of ABC’s Action Alerts, and chapter involvement at the state level.

This is ABC of Wisconsin’s fourth national grassroots awards since 2016.  The chapter also received a Chapter Excellence award for Political Advocacy in 2018. 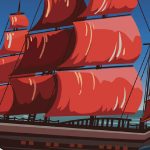 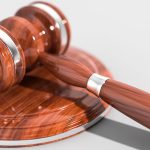