MADISON — In a somewhat surprising move, the Madison Common Council took a U-turn on the Judge Doyle Square project this week by ending negotiations with Gebhardt Development, the developer it originally selected. The council also reopened discussions with the developer originally recommended by city staff, Stone House Development.

Gebhardt Development was expected to use primarily union labor for the second phase of the project situated atop a parking structure currently being built within blocks of the Wisconsin Capitol. Stone House Development, meanwhile, was planning to use a merit-based, ABC-member construction firm. After pressure by organized labor, the council selected Gebhardt Development in spite of city staff’s recommendation that Stone House Development was the best option, and despite concerns by the assistant city attorney that the council was using labor affiliation as a factor for contractor selection. Doing so would be a potential violation of the Project Labor Agreement Neutrality Wisconsin Statute 66.0901(6m)(b), which was signed into law in 2017. 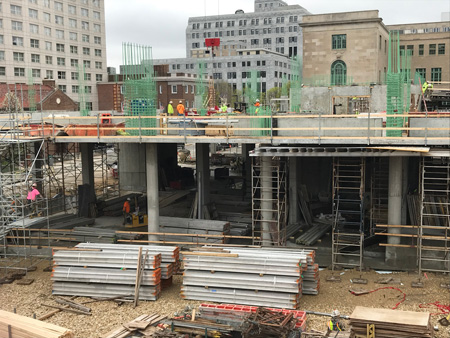 ABC of Wisconsin shared the assistant city attorney’s concerns and expressed those sentiments in a letter to Madison Mayor Satya Rhodes-Conway, which was shared with council members, but Gebhardt Development was selected anyway. Shortly thereafter, ABC of Wisconsin engaged its legal counsel to file a public records request to investigate whether subjective criteria, such as labor affiliation, became instrumental in the selection process behind the scenes. This effort is still ongoing.

City officials have given a number of different reasons for the change in direction, including that  the Gebhardt Development proposal was too large, the project was too complex to pursue as an engineered wood frame project, and there were too many concerns about how affordable-housing units would be segregated to specific areas instead of being dispersed throughout the building. 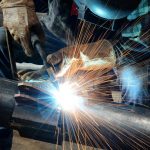 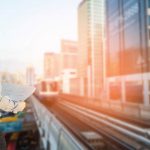