Now that excavators, roofers and horizontal construction work is in full swing, Associated Builders and Contractors of Wisconsin supports the state Legislature’s move to repeal the unemployment insurance (UI) work search waiver. On Wednesday, the Joint Committee for Review of Administrative Rules voted to end the work search waiver, which will now end Sunday, May 23.  It was set to expire July 10. In addition, ABC is supporting an effort to end Wisconsin’s enhanced UI benefits.

Last year, in an effort to stop the spread of COVID-19, Gov. Tony Evers issued a series of emergency orders covering everything from delaying an election to requiring masks for pretty much everyone everywhere. Some of his emergency orders were thrown out by either the courts or overruled by Republicans who control both houses of the Legislature. One of Evers’ executive orders that stood and was supported by ABC of Wisconsin is the UI work search waiver. We know there are both supporters and opponents of the waiver.

At one point, the ABC of Wisconsin Chapter supported the waiver due to the skilled construction workers skills gap facing Wisconsin. In most cases, merit (nonunion) workers collecting unemployment insurance are subject to several requirements, including doing at least four work searches a week. In a deal negotiated with Gov. Scott Walker’s administration that has continued with the Evers administration, employees who are on seasonal layoff that are almost assuredly going to be called back once it is warm enough to roof, excavate, etc., can be exempt from the work search waiver for up to 14 weeks.

The seasonal work search waiver is an extremely manual process that does not function well in the best of times. Last year, the Department of Workforce Development (DWD) was completely overwhelmed with unemployment claims, with some people waiting months to begin receiving checks. ABC was concerned that DWD would be unable to manage the seasonal work search waiver, thereby preventing seasonally laid off workers from receiving their UI payments and being forced to search for employment outside of the construction industry. In addition, we had received reports that unions were using their automatic work search waiver as a tool to recruit merit workers. 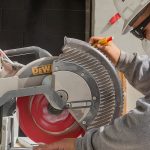