ABC has been on the front lines fighting to make sure construction continues in Wisconsin.

Today, Gov. Tony Evers’ administration issued Emergency Order #8, which clarifies that construction operations on private and public projects are exempt from previous orders related to bans on mass gatherings in response to the COVID-19 pandemic.

Effective at 5 p.m. on March 17, all public and private mass gatherings of more than 10 people in Wisconsin were prohibited in an attempt to slow the spread of COVID-19 with certain exceptions. On Friday, March 20, an exemption was extended to “Construction sites and projects, including public works and remodeling projects,” according to the new emergency order.

The order, signed by Health Services Secretary-designee Andrea Palm, remains in effect for the duration of the public health emergency declared by Gov. Evers or until a superseding order is issued. 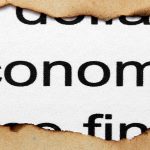