Tourdot’s appointment to the 13-member Board will ensure the technical colleges continue to play a major role in educating and training Wisconsinites for the construction industry, along with many other sectors that are experiencing a lack of skilled workers.

“I want to thank Gov. Scott Walker and members of the state senate for this appointment,” said Tourdot. “It is an honor to serve on such an important board, and I look forward to working with my colleagues as we attempt to shrink the skilled-worker shortage in our state.”

For three decades, ABC of Wisconsin has partnered with the technical college system to prepare individuals for the construction industry through craft training and the association’s apprenticeship program.

“Kelly and ABC have a long history of working with the technical colleges on educational programs for the construction industry,” added John Schwantes, WTCS Board President. “We’ll benefit from the experience and knowledge she brings to her work on the Board.”

Tourdot has worked at ABC of Wisconsin for 20 years. Prior to being named Vice President in 2013, she served as the organization’s Apprenticeship Director. Tourdot lives in Waunakee with her husband and three children. She holds a Bachelors of Business Administration from the University of Wisconsin-Whitewater.

In addition to her role at the Wisconsin Chapter, Tourdot volunteers her time to help plan ABC’s National Craft Championships. The annual competition features more than 200 of the most talented craft professionals from across the country and highlights the importance of craft training in the construction industry.

Tourdot’s appointment to the WTCS Board is for a term ending May 1, 2021. 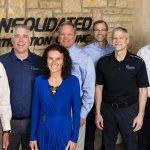 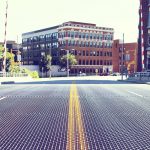