“It’s an honor to be able to recognize this amazing company for their impressive achievements in making safety a core value,” said 2014 ABC National Chairman Dan Brodbeck, president and CEO of Compass Partners, LLC. “They truly represent the best the merit shop has to offer.” 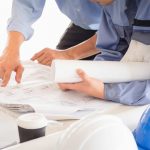 Why All the Fuss About “Jobsite Leadership”Chapter News, Wisconsin Contractor Blog