Bill Would Give Businesses Freedom to Hire More Apprentices

“Today’s apprentices will construct the roads and bridges that move our citizens, they will bend the metal and steel that shape our cities, and they will pioneer the new technology that drives our commerce,” said President Donald Trump in a June speech.

A new bill in Wisconsin, introduced by State Senator Chris Kapenga, R-Delafield, and Representative Rob Hutton, R-Brookfield, could allow businesses to hire more apprentices by reducing legal burdens on them.

Often an alternative path to two- or four-year colleges, apprenticeships are a win-win for both employers and job-seekers. Companies are able to train people to fill their precise skill needs; and job-seekers get a hands-on education and improved employment opportunities and earning potential. As Trump put it, “Apprenticeships place students into great jobs without the crippling debt of traditional four-year college degrees. Instead, apprentices earn while they learn.”

Why Change the Apprentice to Journeyman Ratios

Unfortunately, existing Wisconsin law makes it difficult for some employers to hire additional apprentices. Using a system of – sometimes complex – ratios, the Department of Workforce Development (DWD) mandates how many apprentices a business can hire. These ratio rules limit the hiring of apprentices relative to the number of journeymen (i.e. skilled employees) employed.

Previous research has shown that having a high number of journeymen to apprentices could result in too few apprentices being trained to fill the employment needs of businesses and also drive up the cost to do business.

The Yankee Institute, looking at the impact of Connecticut’s ratio laws, noted that “the hiring ratio limits the labor pool, which can drive up wages to workers, but also increases costs to employers and consumers.” According to Paul Breglia, owner of Crest Mechanical Services, “There’s a dearth of journeymen. The older guys are retiring and we need apprentices to train the next generation.” Breglia says Connecticut’s ratio rule restricts him from taking on more apprentices, though. “I would have to hire three more guys to take on one more apprentice.”

A report from the C.D. Howe Institute in Canada seems to support his story. The paper looks at apprenticeship ratio impacts in Canada, which has a similar apprenticeship system to the US. It suggests that a high ratio of journeymen to apprentices “reduces entry into the labour force and contributes to a shortage of skilled labour in that trade.”

The Kapenga-Hutton bill would change the ratio rules for apprenticeships in Wisconsin to make it easier for some businesses to hire apprentices. Under the bill, DWD would not be able to “prescribe, enforce, or authorize” apprenticeship ratios that require more than one journeyman to one apprentice. This bill, which would level the ratios across industries, would allow employers to expand their apprenticeship programs and take on more apprentices.

Opponents will likely argue that the bill will lower safety standards and quality of work. One union publication, The Ironworker, covered the topic of apprenticeship ratios and summed up the expected negative impact of insufficient trainer to trainee ratio thus:

“The owner will receive a lower quality product due to the lack of experience and knowledge of the workforce. Value to the owner may be reduced due to accidents, injuries, and future rework and repairs caused by poor craftsmanship. Contractors will be forced to deal with lower quality work, rework, injuries and higher employee turnover. Workers will suffer with higher injury rates, work related illness and disease, lower knowledge and skill levels, and higher job turnover which many times results in them leaving the industry.”

That’s a dire sounding scenario. Safety and quality should certainly be maintained in order to protect employees, employers, and consumers. The big question is if this bill crosses the threshold into insufficient supervision. Though the bill would lower the ratio of journeymen to apprentices, it wouldn’t give free rein to apprentice programs. Programs would not be able to suddenly have one journeyman to ten apprentices. Oversight from DWD would still be required to make sure safety standards are being followed.

Other states have led the way toward lowering the apprentice to journeyman ratios. According to the Department of Labor, the occupation with the highest number of apprentices in 2016 was electrician, so I will use that as my comparison point. In 2016, Michigan legislature changed the state’s ratio rule for the electrical industry to one journeyman to up to three apprentices. Other states with this ratio for their electrical industry include Iowa, Utah, North Dakota, Colorado, and Nebraska. Wisconsin, by comparison, is much more restrictive; the electrical ratio for journeymen to apprentices is one journeyman to the first apprentice, then three to four journeymen to the second apprentice, etc.

A shift toward expanding apprenticeship opportunities isn’t just happening at the state level. In June, Trump signed an executive order reducing the federal government’s role in creating and regulating apprenticeship programs. The goal of this order is to give businesses and agencies more freedom to design apprenticeship programs, hopefully increasing the number of apprenticeship slots and helping industries fill their massive need for employees. Just the construction industry and members of Associated Builders and Contractors alone need half a million workers to fill existing jobs.

According to Kapenga, Wisconsin’s economic activity – bolstered by Foxconn – places a renewed emphasis on the need for skilled workers in the Badger State. But the current apprenticeship ratio laws deter people from entering certain professions.

With this bill, the Wisconsin Legislature can fix that. 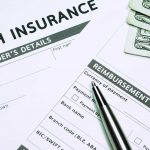 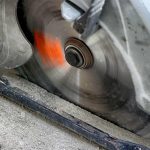