There have been three significant changes to Wisconsin public contracting law over the past couple of years: the state prevailing wage is gone, all units of Wisconsin government are banned from requiring project labor agreements, and the Wisconsin Department of Transportation aims to compile federal dollars and the accompanying red tape into fewer projects.

Combine these with WisDOT’s efforts to deliver quality work at a lower taxpayer cost by encouraging more companies to compete and bid for public construction projects. As a result, there will most likely be new and different contractors doing WisDOT work, and some are not going to be familiar with WisDOT’s dispute-resolution process. 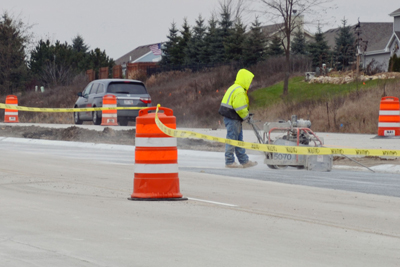 WisDOT prefers that contractors resolve claims or disputes at the project level and within the terms of a contract. After contractors exhaust the internal WisDOT process, their claims can go to the State Claims Board, which hears all claims against the state.

The State Claims Board meets approximately four times a year, and is made up of representatives of the Governor, the Department of Administration, Department of Justice and the state budget committee co-chairs or their designees. Contractors can choose to either make a written submission or have a hearing in Madison.

Hearings are informal and usually take less than 15 minutes. The Claims Board is not bound by common law or the rules of evidence and may hear all testimony having reasonable value. Contractors will get a written decision within 20 days of a meeting. A unanimous vote by the Claims Board can result in contractors receiving up to $10,000 without legislative approval.

For amounts over $10,000, the Legislature will consider a claim. Going back to 2011, the Claims Board has adjudicated only two WisDOT-related contractors’ claims.

There is no appeal process within the Claims Board. Only after the Legislature refuses a claim may a contractor file suit against the state, and then the contractor must post a $1,000 bond to indemnify the state for costs if the judgment goes against the claimant. According to both the Wisconsin State Constitution and state statues, there is a six-year limitation on claims from the date the indebtedness arises, not the date the Legislature refuses to pay the claim.

I think WisDOT does a good job of resolving contractor disputes within its formal procedure. But, the process is proscriptive and time consuming. For example, if you look at the maximum number of time allowed for each level of the process within DOT, it would take up to 241 days, and that’s not counting the fact that any deadline can be extended by the agreement of the parties.

A better route than the formal claims process for contractors may be the alternative dispute-resolution procedure that WisDOT set up in 2011. The ADR process provides an informal third party advisory opinion from the Dispute Resolution Board, which is made up of a statewide standing roster of volunteers. DRB members attend a one-day workshop. They are also expected to be experienced with construction processes, including design, contract administration, contract law, and the resolution of construction disputes. The DRB can be used at every level of WisDOT and, depending on the level, will have either one or three members.

DRB meetings last from 30 minutes to a couple of hours. Afterwards, the DRB produces a written opinion. Like most civil ADR, WisDOT’s DRB is less costly and time consuming than the formal dispute-review process. And like most civil ADR, it does not require acceptance or rejection by the parties and is not tied to future decision levels.

Unlike standard ADR, in which parties split costs, WisDOT bears the costs and expenses of the informal DRB, although the cost of the individual panel members is split equally between the contractor and DOT. DOT will provide, at no cost to the contractor, administrative services such as the coordination of the informal DRB and meeting space when state-owned space is used.

By John Schulze
John Schulze is director of legal and government affairs of Associated Builders and Contractors of Wisconsin. 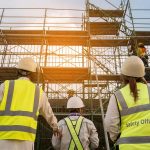 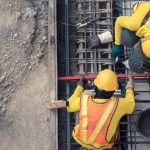