The primary impact of the proposed rule will be to drastically increase the number of white collar workers who are eligible for overtime compensation. In summary, the DOL proposes to:

• Increase the applicable annual compensation threshold needed to qualify for the “highly compensated employee” exemption from $100,000 to $122,148 ; and
• Establish a mechanism for automatically updating the compensation levels going forward.

The proposed rule will be published in the Federal Register and open to comment by the public for 60 days after publication. The DOL is also seeking public comment on the current “duties test” for white collar workers, as well as the possibility of including nondiscretionary bonuses to satisfy a portion of the salary requirement, although regulatory changes have not been proposed by the DOL on either of these issues. The DOL will consider all comments received on the proposal prior to releasing its Final Rule, which will likely go into effect in 2016.

At this time, we recommend that employers conduct an audit of their white collar workforce (including the number of hours worked by employees who might fall under the new salary threshold) to determine the impact that the DOL’s proposed rulemaking may have on their budget, payroll and accounting processes.

1 The “highly compensated employee” exemption currently provides that an employee who might not otherwise qualify for one of the white collar exemptions, but who earns a total annual compensation of more than $100,000 (and whose primary duty includes performing office or non-manual work), may still be treated as exempt under FLSA, and not be eligible for overtime compensation.

by Tiffany L. Hutchens and Erik K. Eisenmann, Whyte Hirschboeck Dudek S.C.
Whyte Hirschboeck Dudek S.C.’s Human Resources Law Practice Group will continue to monitor the status of these proposals and will provides updates on any further developments. For more information, please contact Erik Eisenmann at (414) 978-5371 or eeisenmann@whdlaw.com, or Tiffany Hutchens at (414) 978-5336 or thutchens@whdlaw.com. 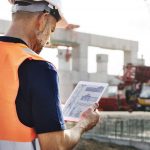 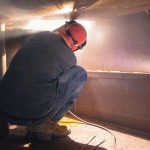