“It could be as early as tomorrow, or it could be three weeks from now, but it’s coming.” This is the message from Matt Maroney, Director of Strategic Economic Development, with the Wisconsin Department of Administration regarding the official announcement of the Foxconn project commencing in southeast Wisconsin.

No construction manager has been named on the project yet, but once that occurs, Maroney expects things to move quickly.

“Once we get going, we’re going to be letting out bids very quickly this construction season,” Maroney said, so you want to make sure you’re engaged in the process.

“Hopefully, very soon, we will be able to go out and provide more details to the members of Associated Builders and Contractors throughout the state,” Maroney said.

Foxconn is anticipated to be a $10 billion development that will eventually employ 13,000 employees in Mount Pleasant.

“We have an outreach plan in place, and once the plans become more finalized, we do plan on doing a road show and educating all the contractors in the state about the opportunities with the project,” Maroney said.

Until now, it may appear that things have moved slowly.

“There’s a lot of thought that needs to go into the permitting and logistics, the public infrastructure coordination and moving materials to the construction site. All those sorts of things are what we’ve been busily working on the last couple months since the WEDC contract was signed last November,” he said.

“Once we know we are ready to roll, we are going to engage you folks.”

Maroney is encouraging people interested in working on the public infrastructure to visit the new, Wisconn Valley website and register their companies for bidding. 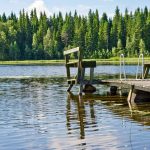 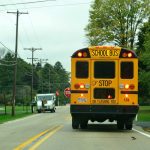