Highlights of Badger Bounce Back plan to reopen state’s economy

By John Schulze, ABC of Wisconsin Director of Legal and Government Relations

Gov. Tony Evers’ extension of his “safer at home” emergency order for an additional month has gotten a great deal of push-back.  In addition to public protests, some local sheriffs indicated a reluctance to enforce the longer order, and Republican legislators sued over the decision.

In response, Gov. Evers this week announced his “Badger Bounce Back” plan for reopening the state’s economy.  Evers’ plan would allow businesses to reopen in phases and with restrictions, triggered by a 14-day period of reductions in new infections with flu-like systems, as well as a 14-day decline in positive tests as a percentage of total tests. His plan also requires testing for all who need, including heath care workers, and that hospitals must be treating all patients outside ICU.

Under this plan, Phase 1 is weeks away at a minimum.  For example, Wisconsin has not had even one day of either 14-day requirement.  In addition, Evers’ plan calls for 85,000 tests be given per week.  Since the COVID-19 crisis began about two months ago, less than 50,000 tests have been conducted in Wisconsin total.

ICYMI:  Considering that Gov. Evers’ has issued more than 30 executive orders over the past two months, it may be tough to keep track of them all.   Earlier this month, executive order #22 made the following changes during the COVID-19 crisis: 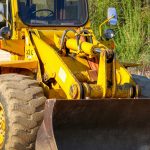 Should a contractor stop work due to non-payment?Coronavirus News, Wisconsin Contractor Blog 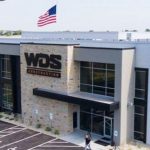