You have seen the signs — “SHAME!,” “UNFAIR!” — usually in big red letters, occasionally accompanied by a giant inflatable rat. They’re the tactics of local labor unions nationwide, which picket businesses accused of poor worker treatment and in the process inflict some financial pain in the form of unwelcome attention.

But one Kansas union should have suspected that of all businesses, an auto dealer might find a way to capitalize on a controversy.

According to The Wichita Eagle, the United Brotherhood Of Carpenters And Joiners Of America Local 201 began a standard protest outside Subaru of Wichita last week with a “Shame on Subaru of Wichita” sign legally placed on the highway right-of-way in front of the dealership. (The union, which has not specified its exact complaint, may have been upset that the dealership’s contractor hired a non-union shop for renovations.)

The dealership responded instead with its own sign, turning the union’s charge into one of “having unbeatable prices.” Because the sign rests in the right-of-way, neither sign can be anchored in the ground — they must be held up by people, which Subaru of Wichita says on its Facebook page has been handled by student volunteers so far. (Other carpentry unions often recruit and pay their protestors, since the carpenters themselves have jobs to fill.)

Advertising of all forms has a pretty short shelf life, and it’s not clear how long either side will be willing to keep up the protest vs. counter-protest. But should the union choose to push things further, it would be wise to remember that signs are the simplest tool in an auto dealer’s bag of tricks; giant rats have a hard time stacking up against rooftop inflatable gorillas. 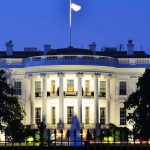 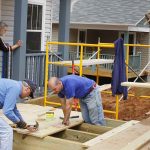