“This is not your father’s economy.” That’s the message you will hear from Dennis K. Winters, chief economist with the Wisconsin Department of Workforce Development. Winters presented the latest economic numbers at the Associated Builders & Contractors (ABC) of Wisconsin’s SuperCon and emphasized how we are in the second-longest sustained growth period we’ve ever experienced.

“We’ve only been growing at about 2.5 percent. Growth has been slow,” Winters said.

Quarterly GDP Growth was 4 to 4.5 percent back in the 1960s and 1970s. In the latest numbers from the Bureau of Economic Analysis, the number is only at 2.5 percent. Winters believes we will never get back to that larger growth, even with any influences in Washington. “Not for any sustained length of time,” he said. “We don’t have the population growth, we don’t have the workforce growth and we don’t have the productivity gains.” 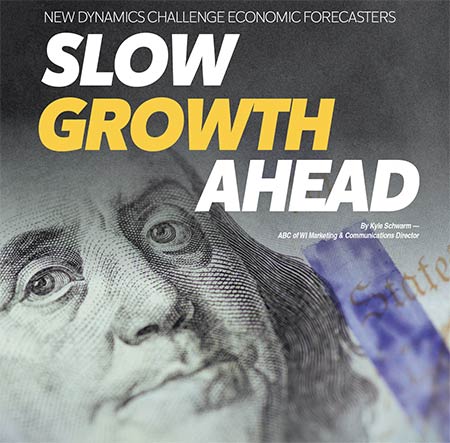 “We don’t know what to do with 3 percent unemployment,” he added. “We don’t often see that.”

The most recent construction unemployment numbers are consistent with Winters’ claim.

In Wisconsin, the rate for February landed at 9.4 percent, down 1.5 percent from February 2017. The state is in the top ten for year-over-year changes for February.

What does this mean going forward? “It’s going to be slow going,” said Winters. We experienced these low levels of unemployment in the 1990s, but we didn’t have droves of Baby Boomers retiring. “Our old models don’t work. We’re kind of flying blind,” Winters said.

For the first time, the number of job openings has surpassed the number of hires. Our population in Wisconsin is growing, but the workforce is relatively flat and may even go negative by 2035.

“This is huge for three big reasons,” said Winters. “One, it’s never happened before. We have never had to worry about a flattening, much less declining workforce before.

Overall, though, the economy is in a very good state, said Winters. Inventory systems are flowing fine with more production going on to meet demand. He doesn’t see a recession in sight unless we run into deficit issues or higher interest rates.

Pat Holzem is a CPA and treasurer at McGann Construction in Madison. He foresees the higher building costs combined with higher interest rates as having a potential to negatively impact the industry.

“The Madison construction market, especially for multi-family, has been very strong for at least five years now,” he said. “Because of that, increasing wages due to the labor shortage, rising subcontractor prices and materials price increases, building prices have been on the move up for at least three years.

“A rise in interest rates will make many buildings in the planning time making the budgets work to their satisfaction and may look for other investment opportunities. I have seen the rate on our line of credit already move up 100 basis points and all indications are rates will continue to move upward. Any major moves will definitely affect the building market negatively.”

Holzem said there have been expectations for increases for years and the only small uptick in interest rates last year had little impact, so business moves on.

“Any time things get moving too fast, that’s when I start to worry,” said Winters. “We don’t have that right now. We have much more moderate growth.” 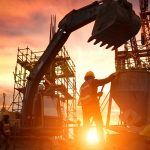 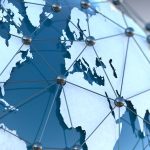