A recent case2 before the National Labor Relations Board gave the Board the opportunity to consider when an employee may lawfully be discharged for actively participating in a conversation on social media, such as Facebook, in which the employer is criticized.

In evaluating the employees’ conduct to determine if it lost the protection of federal law, the Board refused to apply the cases that permit employers to discipline employees for on-the-job opprobrious outbursts in the presence of supervisors and other employees. The Board did so because the statements were made off the work site during the employees’ off-duty hours, there were no members of management participating in the Facebook conversation, and the statements were not directed to the general public.

The effect of the Board’s decision is that it will be extremely difficult for employers to prove that an employee’s disparaging or defamatory statements against their employer were either unrelated to a labor dispute, or were so severe and disruptive of the employees in the workplace as to cause the employee to lose the protection of federal law. Only if that heavy burden carried by the employer would it be lawful for the employer to discipline the employee, assuming there was not other evidence showing that the employer’s action was discriminatorily motivated.

The morale of this NLRB decision is, before making any decision to discipline any employee for any disparaging statements or outbursts against the employer, carefully investigate the facts and consult with experienced labor relations counsel.

By Jim Pease, of Counsel to Constangy, Brooks & Smith, LLP1

NLRB Makes It Harder To Discipline Employees For Their Outbursts Against Their Employer2014-09-032019-11-04https://www.abcwi.org/wp-content/uploads/2019/11/abcwi_logo_shop.pngAssociated Builders and Contractors | ABC of WIhttps://cdn.abcwi.org/wp-content/uploads/2019/11/20211019/header_harder-to-discipline-employees.jpg200px200px
Recent Posts
Search
Recent Posts
Categories
Membership 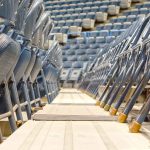 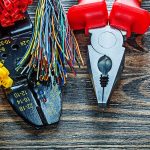