PLA on Bucks Arena Would be a Foul!

The only basketball question that is more pressing than the potential of Bucks’ first-round draft pick Jabari Parker is the uncertainty surrounding the team’s new home.

The BMO Harris Bradley Center has served the Bucks and Milwaukee well. Unfortunately, it does not meet the league’s requirements for arena size, amenities and revenue stream. The Bucks need a modern, multipurpose venue, or risk being forced to leave town by the NBA.

Support for a new Bucks arena is coming from Milwaukee businesses and civic leaders. The previous and current Bucks owners already have committed $200 million of the estimated $400 to $500 million price tag, with taxpayers expected to assist with a portion of the difference. A new multipurpose downtown stadium would tip off a development boom and could serve as a center for a downtown entertainment district, with new hotels, restaurants, bars, housing and retail.

As details of the financing arrangement are decided, one thing should be clear: The new Bucks arena should be built ensuring full and open competition, which is the only way to deliver to taxpayers the best possible building at the best possible price. That means no Project Labor Agreement (PLA), which is a pre-construction agreement that typically restricts competition by discriminating against nonunion (merit shop) contractors. Under PLAs, merit-based employers must pay into union-managed pension plans that do not help their nonunion employees. Under a PLA, these skilled employees, who have voluntarily opted against unionization, are forced to pay union dues and forfeit benefits earned during the life of the project unless they eventually join the union and become vested in the union benefits plan.

Nearly 75 percent of Wisconsin’s construction workforce does not belong to a union, according to the U.S. Bureau of Labor Statistics, and merit-based contractors provide safe, quality, on-time, and on-budget construction. They are large and small businesses that pay taxes, train apprentices, attend NBA games, and employ thousands of people with family-supporting wages and benefits. Yet, under a PLA, they are boxed out from winning contracts to build the Bucks’ new home.

Excluding the vast majority of Wisconsin construction employers and employees and stifling competition will increase project costs. For example, research on taxpayer-funded school construction found PLA requirements increase construction costs between 12 percent and 18 percent, when compared to similar non-PLA projects, according to the Associated Builders and Contractors website The Truth About PLAs. Can Milwaukee residents afford this potential waste?

A new Bucks facility will help Milwaukee keep its big-league city status. Merit-based companies should not be kept on the bench. Rejecting a PLA will preserve full and open competition and ensure contracts are awarded based on objective criteria like quality of work, experience and cost—a stat line that would make Oscar Robertson proud.

by John Mielke, President, Associated Builders and Contractors of Wisconsin 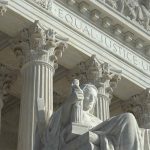 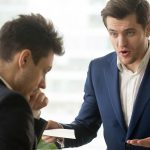 NLRB Makes It Harder To Discipline Employees For Their Outbursts Against Their EmployerChapter News, Wisconsin Contractor Blog
X
X
X