The ABC of Wisconsin Guide to the Uniform Commercial Building Code

Groundwork Laid a Decade Ago

While the Wisconsin Commercial Building Code was based on model codes, local units of government were still free to adopt additional code provisions by virtue of local ordinances. These local ordinances created confusing pockets of local variations to the model codes.

Act 270 allows for any town, village or city to submit ordinances to the Department of Safety and Professional Services (DSPS) within 60 days of publication of the law (April 18, 2014) for review and grandfathering if the ordinance meets all of the following requirements:

Municipalities who wish to have ordinances considered for grandfathering should send the ordinance and contact information to DSPSPolicyDevelopment@wisconsin.gov by June 17, 2014.  Any submissions received after June 17, 2014 will not be considered.

Grandfathered Ordinances in One Place

For many years it has been difficult to determine just how many municipalities had unique commercial building code provisions, much less what those provisions were. Additionally, because municipalities could change those ordinances at any time, builders were left trying to hit a moving target.

Act 270 not only significantly limits local variations eligible for grandfathering; it also requires DSPS to collect grandfathered ordinances in a central location accessible to builders and designers. This repository will make it easier for the industry to identify and comply with unique local code requirements.

Act 270 creates a Building Code Council for the purpose of reviewing the code and making recommendations to DSPS to keep the UCBC current. Membership of the council is as follows:

The department has traditionally accepted the plan review (examination of essential drawings, calculations and specifications) performed by cities of the 1st class and certain cities of the 2nd class.

In addition, the Act requires inspections to determine compliance with the commercial building code be performed by individuals certified by DSPS (Commercial Building Inspectors). Inspections of fire detection, prevention and suppression devices being installed during construction can also be performed by individuals certified by the department (fire inspector) under separate (to be developed) rules.

There is a delayed effective date related to inspectors who inspect fire detection, prevention and suppression devices being installed during construction, alteration or additions to give time to the industry implement the training and certification necessary.

For questions about this document contact: John Mielke at 608-244-5883 or jmielke@abcwi.org. 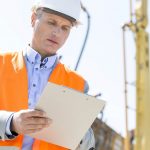 How Will Your Company Stack Up on the Merit Shop Scorecard?Business Development (blog), Chapter News, Wisconsin Contractor Blog 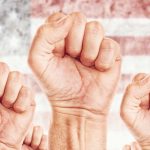