The late Dan Zignego honored by the State of Wisconsin 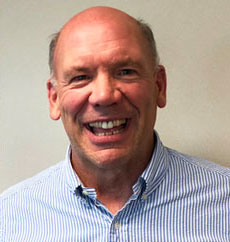 WAUKESHA, Nov. 12, 2020 — Apprenticeship Week this year is being marked with the recognition of an ABC member who passed away earlier this year. Dan Zignego was honored today by the Wisconsin Department of Workforce Development (DWD) Bureau of Apprenticeship Standards with a certificate of recognition for his selfless service to apprenticeship. 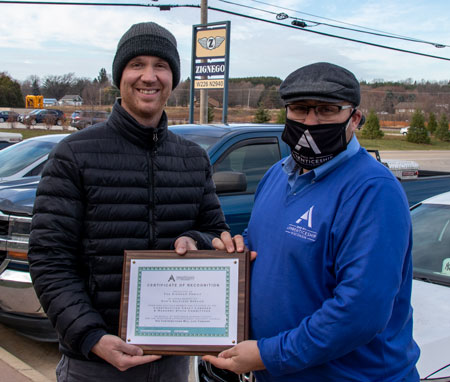 “This is in remembrance of him and appreciation of what he brought to us as a whole, to Wisconsin apprenticeship,” said Joshua Johnson, State Director of Wisconsin Apprenticeship with DWD. “Dan understood, at the end of the day, it’s about the apprentice,” said Johnson, “And getting the apprentice through to become journey workers.”

Dan served on the state Construction Craft Laborer & Concrete Finishing Committees on behalf of his company and ABC of Wisconsin. He was also chair of the Laborer’s committee for many years. A plaque was presented to members of the Zignego family outside the Zignego Company headquarters in Waukesha on Thursday.

Johnson said it’s important to remember how selfless Dan was.

“His selfless service is something that I wish everyone involved in apprenticeship had,” Johnson added. “I definitely cherish the time that I knew him.” 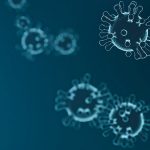