Three truths to be a faithful jurist 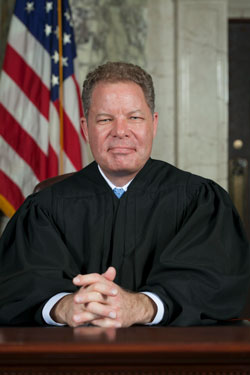 I have loved the law for pretty much as long as I can remember. My career has been almost exclusively commercial litigation at one of the state’s oldest and finest law firms – Reinhart Boerner Van Deuren. I’ve represented parties in courts across the country, in both state and federal tribunals. I’ve tried jury cases, I’ve argued before both state and federal Courts of Appeals, I’ve argued at the Wisconsin Supreme Court, and appeared before the United States Supreme Court.

And yet, to this day, I can’t walk into a courtroom without my heart skipping a beat. I have always stood in awe of the judiciary. Part of that awe comes from my understanding that law lies at the very foundation of civilization.

And the courts have an indispensable role in upholding the rule of law. With this in mind, I would like to touch briefly on truths about three particular subjects, and how necessary those truths are to serving as a faithful jurist.

The Rule of Law
Let’s start with the rule of law, the enforcement of which is the reason our court system exists. “The rule of law” – have you heard that phrase used before? It’s a phrase so dry it nearly demands unkind comparisons to a desert. But if it ever fails, you’ll soon cry out for its return as desperately as the parched Saharan traveler begs for a taste of water.

The rule of law is the fount of societal stability. It is the promise of method and structure in the relationship between a population and its governors. It is the bane of arbitrariness and the guarantee that reason may inform how we choose to order our affairs. It is the ballast that keeps our lives from being upended by the stormy and unpredictable passions of officeholders and bureaucrats. It is the bringer of order, without which no liberty is possible.

The rule of law is ancient, and yet a mere babe. For several millennia it has struggled for purchase on this world, sometimes successfully, most often not. It enjoyed a fitful relationship with ancient tribes in the Middle East. It rose in Athens, died in Rome, found new life in England and died there, too, only to sprout again in the United States and in other scattered places around the globe. It is a precious commodity, and yet where it exists it seems so ordinary that we barely give it thought. It will not stay where it is not loved, and it will abandon us the instant our attention falters.

The Judicial Role
In its infancy, the United States understood the centrality of the rule of law to a just and orderly society. In fact, we constructed our government so that it would express this principle in every element. We gave it three distinct branches, each with a discrete function corresponding roughly to the temporal framework within which it works. And we assigned them specific responsibilities that, if honored, would prevent the government from second guessing the wisdom of our decisions.

Thus, in our system it is peculiarly the legislature’s province to address the future. It determines what the laws shall be that will govern tomorrow’s actions. The executive concentrates on the present; He decides what shall be done, today, to properly carry the existing laws into effect. The judiciary takes for itself matters of the past. The judiciary compares what has already happened against the laws as they existed at the time the acts occurred, and then – to the extent possible – it adjusts the parties’ circumstances to match what they would have been had they followed the rules. The court only enforces adherence to the laws. It does not question the wisdom or desirability of those laws or the results they produce. In honoring this limitation, the judiciary thereby protects the most critical aspect of the rule of law.

“Judges,” someone once said, “are like umpires; [they] don’t make the rules, they apply them.” That’s a useful description of how judges are supposed to act.

“Judges,” someone once said, “are like umpires; [they] don’t make the rules, they apply them.” That’s a useful description of how judges are supposed to act.

It is because of the judiciary’s backward-looking function that a judge may legitimately be nothing more than an umpire. Changing the decisional standard after the act has already occurred is, by definition, antithetical to the rule of law. So, for example, it is unjust to change the strike zone after delivery of the pitch because it prevents the pitcher from knowing where to throw the ball.

Conceptually, the court does its work in a museum of sorts. Its mind ranges over things already done, actions that are matters of historical fact before they ever come to the court’s attention. And the laws it applies must be artifacts it finds there, too; it must bring nothing into the museum. This commitment ensures that our behavior will be judged only according to the rules of which we had reason to know when we acted. But when the court replaces the laws it finds in the museum, it banishes the rule of law. We are then judged by law that did not exist when we chose our actions, making it impossible to know whether today’s legal choices will be declared illegal once they become tomorrow’s history. That is why a jurist’s first commitment must be to never change what he finds in the museum.

But if we maintain the museum’s sanctity, then – and only then – will the court preserve, and not endanger, our liberties. If we don’t carry new rules of decision into the museum, we won’t have anything to fear from the courts. As Alexander Hamilton explained (if only I had the talent to rap this passage when delivering speeches): “Whoever attentively considers the different departments of power must perceive, that, in a government in which they are separated from each other, the judiciary, from the nature of its functions, will always be the least dangerous to the political rights of the Constitution; because it will be least in a capacity to annoy or injure them … It may truly be said to have neither FORCE nor WILL, but merely judgment …” (Federalist Papers, No. 78). It is the nature of the court’s function that makes it the least dangerous. The corollary to this must be that if the court goes beyond the judicial function that it will become dangerous.

The Public’s Role
I saved the best truth for the end. And it is this: The office I occupy is not really about me at all. It is about you, the citizens of Wisconsin and the United States, and the law you give us.

You are the givers of the law, whether through the positive law you authorize your representatives to enact, or the common law. You are the ones from whom I now borrow the authority to carry out the function of the court. It is to you and the law that I answer. And you and the law have every right to expect of me the cardinal characteristic of a good and faithful jurist: Humility.

Humility, it turns out, is easier to live, and much more fulfilling, when the one before whom you are humble, is deserving of respect and admiration. What a joy and honor to serve you and the law as a justice on your Wisconsin Supreme Court. 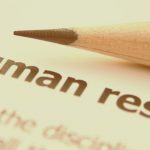 Job descriptions: What are they used for?Articles & Papers 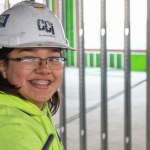