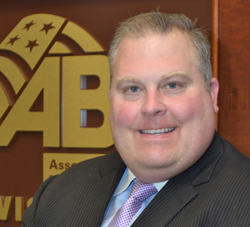 Gov. Tony Evers introduced a state budget that included significant public construction investment and the rollback of labor reforms. His first state budget proposal included many of his campaign promises, some of which were construction-related initiatives, namely:

Republicans, who control both houses of the Legislature, made significant changes to Evers’s original proposal. On June 26, the Senate narrowly approved its version of the state budget on a 17-16 vote, with all Democrats and several Republicans voting against.

Construction-related changes that the Legislature made to Evers’s original proposal included:1

Labor Reforms. The Legislature eliminated any rollbacks to the Walker Administration’s signature labor legislation. As a result, Wisconsin will still have Right to Work and Project Labor Agreement Neutrality laws on the books, and will still not have a prevailing wage for public construction projects.2

Capital Budget. The Legislature signed off on $1.9 billion over the two years, which was $600 million less than the amount Evers requested.

After some threats to veto the entire state budget, Gov. Evers used one of the nation’s most powerful veto pens to remove 78 Republican priorities (ironically, the exact average number of vetoes issued by previous Wisconsin governors over the last decade),4 and signed into law the $82 billion spending plan.

The 2019-21 budget includes a 5.6% spending increase over the 2017-19 state budget5. Major construction initiatives that the governor vetoed from the GOP-version include:

Interestingly enough, everyone has declared victory. Virtually every legislative Democrat who voted against the budget joined Evers in praising the final product. The legislative Republicans who voted in favor of the budget have called it a “good Republican budget.”

The conservative think tank Wisconsin Institute for Law and Liberty is suing Evers over his use of vetoes. In addition, Republican legislators are circulating a constitutional amendment that, if passed by both houses of the Legislature twice over a four-year period and adopted by a statewide referendum, would prevent future governors from using vetoes to increase spending.7

Republican legislators are also considering veto overrides of Evers’s $75 million grant program, contending in part that it diverts money from local road projects, and instead allows it to be spent on transportation projects that Republicans do not support, including bike trails and buses.8

By John Schulze
John Schulze is ABC of Wisconsin director of Legal and Government Affairs.

3 See “ABC thanks members of Joint Finance for investing in closing the skills gap,” Associated Builders and Contractors, ABC Wisconsin News, May 17, 2019.

4 See undated memo to the Wisconsin Assembly, Tony Evers, Office of the Governor. 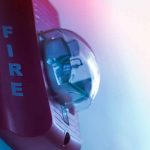 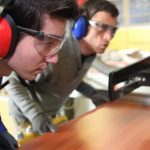