[Madison, Wisc…] Associated Builders and Contractors (ABC) announced last week that more than 200 of the top construction apprentices and trainees from across the country will compete in this year’s National Craft Championships, March 2-3 at the Greater Fort Lauderdale/Broward County Convention Center in Ft. Lauderdale, Florida.

This year’s event will feature competitors from 32 states, including Wisconsin, and the largest number of participants in the event’s 29-year history. The annual National Craft Championships were first held in Orlando, Florida in 1987.

Competitors will contend for gold, silver and bronze medals and a safety award in 15 competitions representing 13 crafts. The two-day competition, which includes a written exam and a hands-on, practical test where competitors will demonstrate their high-level skills and safety best practices, is part of ABC’s effort to raise the profile of careers in construction and highlight the $1.1 billion ABC member companies spend annually on workforce development.

ABC of Wisconsin, the Association’s largest chapter in the country, will be sending five apprentices to represent the state in four different crafts. The competitors are listed below:

“It gives me great pride to see five of our apprentices compete against the best of the best at the National Craft Championships,” said John Mielke, ABC of Wisconsin President. “These young men, and all of our apprentices, show that we are committed to developing a safe, highly-skilled construction workforce, and I know they will make Wisconsin proud.”

To learn more about the National Craft Championships, visit https://ncc.abc.org/. 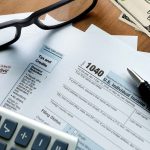 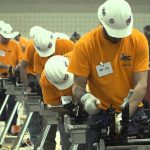