WASHINGTON, Nov. 3, 2021 — Wisconsin’s estimated not seasonally adjusted (NSA) construction unemployment rate in September was 4.6%, according to an analysis of U.S. Bureau of Labor Statistics (BLS) data released by Associated Builders and Contractors (ABC), which is the same rate as August and down 1.6% from September 2020 when it was 6.2%.  This compares with the overall Wisconsin unemployment rate of 3.3% in the same month, down from 4.0% from August and 4.9% in September 2020.

Wisconsin’s non seasonally-adjusted construction unemployment rate is 35th among the states, compared with 27th a month earlier. Wisconsin is higher than the national construction rate, which is 4.5%.

49 states had lower unemployment rates over the same period, according to state-by-state analysis of U.S. Bureau of Labor Statistics data released today by Associated Builders and Contractors. Only one state, Alaska, had a higher estimated rate than it did in September 2020. 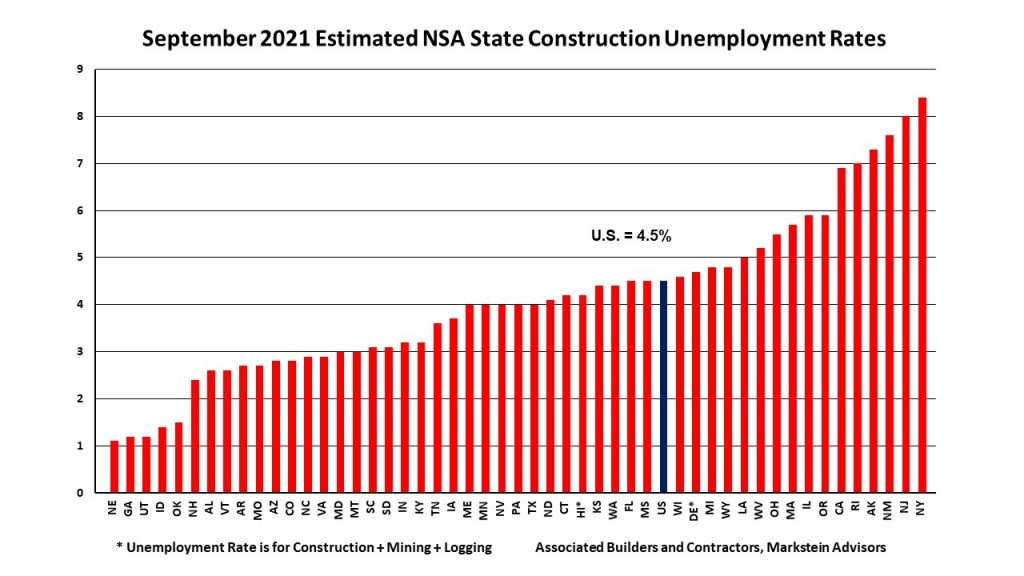 “The construction industry is struggling with supply chain issues like spikes in steel prices, extended delivery time for roofing materials and shortages of desired appliances for new homes and offices,” said Bernard M. Markstein, Ph.D., president and chief economist of Markstein Advisors, who conducted the analysis for ABC. “These problems have been exacerbated by a shortage of skilled workers. Nonetheless, employment in construction has increased as projects have moved forward despite these obstacles. Construction remains one of the relative bright spots in the economy as the nation continues to recover from its pandemic lows.”

National and state unemployment rates are best evaluated on a year-over-year basis because these industry-specific rates are not seasonally adjusted. However, due to the changing impact from the COVID-19 pandemic and related shifts in public policy, month-to-month comparisons offer a better understanding of the pandemic’s effect on construction employment in what has been a rapidly changing economic environment.

Since the data series began in 2000, the difference between the September and August national NSA construction unemployment rates were almost evenly split. For 10 years the readings were down, for nine, up, and for two, unchanged. This year, it was down by 0.1%. Twenty-four states had lower estimated construction unemployment rates than in August, 17 states had higher rates and nine had the same rate. 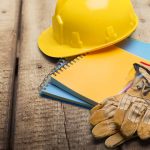