Graduates of ABC of Wisconsin's Apprenticeship Program pose for a photo after being recognized during the 2019 Apprenticeship Graduation Banquet on Friday, May 10, at the Wilderness Resort in Wisconsin Dells.

WISCONSIN DELLS – Associated Builders and Contractors of Wisconsin celebrated the accomplishments of 203 professional craft workers during the 2019 Apprenticeship Graduation Banquet on Friday, May 10, at the Wilderness Resort in Wisconsin Dells.

Fifty-five apprentices were on hand to be recognized for completing their apprenticeships before a crowd of more than 340 apprentices, family members and friends. ABC of Wisconsin also recognized three individuals as the 2019 Craft Professional, Instructor and Apprentice of the Year, respectively, and one instructor who received the Spotlight Award for going beyond the call of duty for apprenticeship.

“ABC of Wisconsin is proud to recognize the next generation of craft professionals,” said John Mielke, president of ABC of Wisconsin. “They are the future of the industry and we wish them much success and enjoyment in their careers.”

Moody recalled his journey through apprenticeship and thanked those who helped him along the way, particularly instructor Gary Roehrig and Darrell Kraemer of Kraemer Brothers. He highlighted his experiences competing at the National Craft Championships and encouraged the soon-to-be-graduates to stay involved in ABC.

“These apprentices are now journeymen in their trade who will add each and every one of their abilities to our workforce,” Moody said. “Today, they have completed a stepping stone and starting on their next. There are going to be many more opportunities for all of you. Just remember don’t be afraid and don’t put boundaries around you. Never stop learning and enjoy your lives while you’re at it.”

Andrew Timm of Suburban Electrical Engineers/Contractors, Inc., in Appleton, was recognized as the 2019 Craft Professional of the Year, an award presented to someone who has trained ABC of Wisconsin apprentices for at least five years and demonstrated a high degree of professionalism in training apprentices on the job.

Timm has worked in the field as a foreman for the past couple of years. When he completed his apprenticeship, he made a pledge to always take the time to teach apprentices how to do a task using hands-on, real-world training. He was recognized by coworkers as a great instructor.

Electrical instructor Paul Schumacher of Fox Valley Technical College was recognized as the 2019 Instructor of the Year. The award is given to an individual who has taught ABC of Wisconsin apprentices for at least three years and is highly regarded by apprentices and employers. The honoree must demonstrate a high degree of professionalism and teach within the guidelines of the program.

Schumacher was described in his nomination as a dedicated and caring man who inspires students to enjoy school and love the electrical field.

“He gives extra attention we need to succeed in the class,” his nominees said. “He understands that we all learn differently and give extra help to those that need it outside of class. He takes the time to get everyone on the same page. He does his part to make sure the industry gets the best possible journeyman.”

Graduates of ABC of Wisconsin's Apprenticeship Program pose for a photo after being recognized during the 2019 Apprenticeship Graduation Banquet on Friday, May 10, at the Wilderness Resort in Wisconsin Dells.

The Apprentice of the Year award goes to an apprentice in good standing who is at least half-way through the apprenticeship program, demonstrates a high degree of professionalism and is highly regarded by other apprentices, instructors and employers.

Dondlinger has exhibited a quiet presence in the classroom and has led by example as someone who is willing to jump in and help others understand how to complete a task correctly. He is also an Eagle Scout who recently volunteered to help design and construct kennels at his local humane society.

Dondlinger received an iPad donated by Acuity Insurance as part of the Apprentice of the Year recognition.

Matthew Bishop of Fox Valley Technical College was presented ABC of Wisconsin’s Spotlight Award, which recognizes an individual who has gone above and beyond the call of duty for the apprenticeship community.

Bishop was recognized for taking on additional teaching duties for ABC apprentices at another college in the middle of the semester, in addition to his already full teaching load. He taught two additional class sections to ensure apprentices received uninterrupted instruction through the end of the fall semester.

Find photos of the event on our Flickr page here. 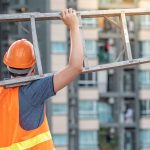 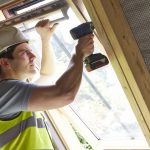