WISCONSIN DELLS – Associated Builders and Contractors (ABC) of Wisconsin celebrated the accomplishments of over 340 professional craft workers during the 2022 Apprenticeship Graduation Banquet on Thursday, May 19, at the Wilderness Resort in Wisconsin Dells.

“ABC of Wisconsin is proud to recognize the next generation of craft professionals,” said John Mielke, president of ABC of Wisconsin. “They are the future of the industry, and we wish them much success and enjoyment in their promising careers.”

Thursday’s keynote speaker was Jack Vogel, president and owner of Hill’s Wiring. Vogel has served many roles with ABC since completing his apprenticeship program more than three decades ago, including the ABC of Wisconsin Board of Directors and the Chapter Budget and Finance Committee as treasurer. He also served on the ABC of Wisconsin Apprenticeship & Training Trust Board of Trustees. In the past he was secretary of the Trustees and served as chair for 2020, along with many other roles in the chapter. Of most significance, Jack received ABC of Wisconsin’s most prestigious awards, the Wes Meilahn Award in 2019 for dedication and passion for ABC.

Vogel recalled his journey through the ABC electrical apprenticeship and expressed his gratitude for those who helped him succeed. “ABC has not only driven me to be better, but has provided the opportunity for our business, and employees to be trained and be the best that they can be,” stated Vogel. “Remember that it’s not necessarily the destination, but it’s the road to get you there that makes life great.” 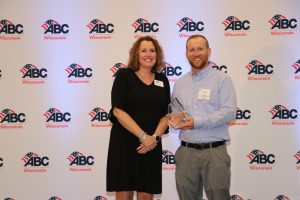 Ken Dickerson receives the Instructor of the Year Award from Leigh Emrick of ABC of Wisconsin.

Plumbing instructor Ken Dickerson of Waukesha County Technical College was recognized as the 2022 Instructor of the Year. The award recognizes an instructor who is highly regarded by apprentices and employers and has demonstrated a high degree of professionalism.

Dickerson’s nominees described him as knowledgeable, trusting, patient, and inspirational.  His nominees shared, “Every day is an adventure with him, he adapts and utilizes different methods to accommodate for each students learning abilities.” They also noted, “He is an instructor that passes along passion and a hunger to learn to apprentices. His expertise shows through in what he does in the classroom.” Dickerson is also known to make himself available any time of day, any day of the week. His passion for his trade is contagious, and he will always do what he can to ensure all students are successful. 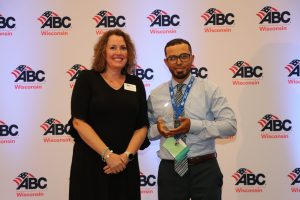 Reymond Rodriguez receives the Apprentice of the Year Award from Leigh Emrick of ABC of Wisconsin.

The Apprentice of the Year award goes to an apprentice in good standing who is at least half-way through the apprenticeship program, demonstrates a high degree of professionalism and is highly regarded by other apprentices, instructors and employers.

Rodriguez is a model student, not only does he do what he needs to excel in his trade, but he works hard to help everyone else in class excel as well. It was noted that “He is a very dependable worker, who never misses a chance to use his creativity, talent and out of the box thinking. He is phenomenal.” It was also said, “He is one of our company’s most trusted employees. Completing and perfecting jobs all over Wisconsin. Whatever is needed, we can count on him. It is clear this apprenticeship has taught him not just how to be a great worker, but a great leader.” Rodriguez takes his time to help translate for other apprentices in his class, as well as help others gain their United States citizenship. 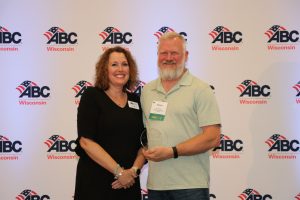 Steve Braun of Fox Valley Technical College was presented ABC of Wisconsin’s Spotlight Award, which recognizes an individual who has gone above and beyond the call of duty for the apprenticeship community.

Braun donates his time and talents to two nonprofit organizations, including Special Spaces Wisconsin and Rebuilding Together Fox Valley. Special Spaces Wisconsin creates dream bedroom makeovers for dependent children with cancer who are within one year of treatments, providing them with a safe place to recover, heal, sleep and play. Rebuilding Together Fox Valley works to positively impact living conditions for older adults, people with disabilities, and veterans. Braun is said to be a parental figure for his cohort, keeping them together throughout the pandemic and inviting them to his home to study together. 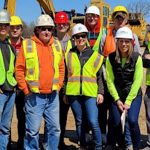 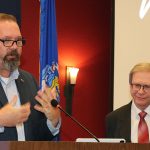