Associated Builders and Contractors (ABC) of Wisconsin is receiving the Charles A. Mullan Award from ABC National. The Mullan Award is awarded to one chapter in various size categories for membership numbers and total amounts of dues collected. The Wisconsin Chapter is in Division 1, which is the category for the largest chapters.

The actual awards will be presented to the winning chapters during the Association Excellence Awards Luncheon, which is part of the ONE Conference, on Thursday, May 6 in Indianapolis.

The award comes on the heels of an excellent membership year in 2020. The chapter finished with an all-time record 909 members and nearly 93% retention. This resulted in the membership “trifecta” award from ABC National, which requires retention higher than 90%, in addition to net growth in membership and a membership goal set by the chapter.

ABC of Wisconsin is hoping to continue the success. So far in 2021, the chapter has reached 89% retention, which means nearly 9 in 10 members have renewed their membership by mid-March. The chapter has also added a dozen members thus far in 2021.

“This award belongs to our 900-plus member companies who have all contributed to the success of this organization,” said John Mielke, ABC of Wisconsin president. “You don’t get this award without the dedication of our members toward an organization that stands for merit construction and free enterprise principles going all the way back to our chapter founding nearly 50 years ago.” 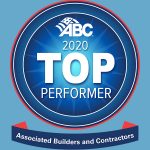 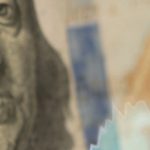