A persistent backlog of commercial building permits at the Department of Safety and Professional Services has prompted the state’s construction industry and agency leadership to explore solutions to the problem.

For the past several years, the number of plans being reviewed by agency staff has slipped, while the time it takes to conduct these reviews has been rising. John Schulze, director of legal and government affairs for Associated Builders and Contractors, says members have been raising concerns about the process, which he says “just hasn’t been working.”

He told WisBusiness.com that blame has been leveled by Republican lawmakers at Secretary Dawn Crim, who was appointed to the position by Gov. Tony Evers in January 2019. But he noted the problem predates her tenure with the agency.

“I give her credit that she’s tried to address it systemically, rather than just throwing overtime at it,” he said.

In a recent interview, Crim said the agency has been working to determine flaws in the plan review process and fix them.

“We’ve identified some process improvements that we’re implementing now,” she said. “I believe they will make a difference for our customers and our staff.”

Under the Walker administration, Schulze explained that the state’s construction industry began to rebound from the economic downturn of 2008. As building proposals began to pile up, he said former Gov. Scott Walker’s office tried to solve the problem with more overtime hours.

Plus, over the past 10 years, agency staffing has been trimmed by a third.

Professionals who can perform these reviews are “tough to find and tough to keep,” Schulze said, and the backlog has been getting worse in recent years. He argued that “hiring more people won’t work,” and said both the Walker and Evers administrations have had difficulty filling vacancies for reviewers.

The agency employs 18 full-time employees who perform the building plan reviews. DSPS currently has one vacancy for the position of section chief.

In the agency’s most recent budget request, Crim said she requested 20 positions and was allotted six, three of which are in the industry services area. She said those positions have been incorporated but “it hasn’t been enough to address the backlog across the agency.”

DSPS also requested additional staffing last year from the Legislature’s Joint Committee on Finance, but the committee’s co-chairs instead directed the administration to use existing position authority to hire new staffers.

“The trouble has been, we’re trying to solve systemic issues with overtime and [limited-time employees] and what we’re finding is those are not adequate solutions,” she said. “We really do need the staffing.”

According to her, some elements of the plan review process need to be overhauled, since adding overtime and LTE hours hasn’t made much of a difference. The agency paid $116,393.83 in overtime wages in 2019, covering just under 2,800 hours of overtime.

For example, only a third of the plans in the queue are completed and ready to be reviewed. And since the process has been so slow, developers have been “double and triple booking” their projects. Under new agency rules, incomplete plans and individual projects placed in the waiting list multiple times will be cut from the schedule.

Sen. Duey Stroebel, R-Saukville, says Crim is unfairly blaming the delay on contractors while he sees the need for “greater efficiencies from the department.” Stroebel runs a construction company and has first-hand experience with plan reviews being delayed.

“This department’s got to do a better job,” he told WisBusiness.com.

Schulze says requiring plans to be finished earlier would help “clear out” the backlog of proposals. Contractors with ABC support the idea.

This department’s got to do a better job.

Another idea backed by contractors in the state would require more buy-in to secure a spot in the queue. Currently, the fee for reviewing a plan is returned if the proposal is withdrawn. But Schulze says reducing that refund to half of the original fee would help dissuade less serious proposals.

Plan review fees vary based on the size and type of the proposal, with “miscellaneous plans” such as foundation plans, exhaust systems and interior bleachers costing $250 to review. But a proposal to start construction is $75 and submitting new plans requires a $100 plan entry fee.

For example, the total fee for a 15,000-square-foot building — including building plans, HVAC, fire alarms and suppression — would be $1,750, according to state statute.

Suggestions coming from industry include raising the bar in various ways for plan review requirements, so fewer buildings would need the level of oversight currently required for most plans.

“We’re spending administrative time looking at plans that sometimes don’t come to fruition,” Crim said. “We’re looking to curb some of that process.”

Some of these problems have been compounded by an effort to update the agency’s computer systems, used for “all operations of the agency,” Crim said. Since that’s an ongoing process, some staff members are spending extra time figuring out the system. She attributes this issue to “the overall impact of our limited staff situation.”

Stroebel says the delay could be improved by shifting plan oversight to local building inspectors, taking some of the pressure off the agency. He also suggested lowering certain requirements so fewer plan reviews would be necessary.

Crim has met with Schulze and other stakeholders to discuss ways to speed up the review process. Schulze says both the administration and the Legislature seem committed to finding a solution. But he adds: “The question is, how does this get fixed?”

Some of the proposed solutions center on the agency’s processes, while others would require legislative action. Crim stresses that the agency is pursuing various fixes in the short-term as well as long-term solutions through changes to state law. She says the agency has been “working closely” with lawmakers to find sustainable ways to improve the process legislatively.

In the meantime, Crim says agency staff have created and distributed a plan review checklist “so everyone is on the same page about plan completeness.” Plus, DSPS is now requiring payment of review fees prior to plan review.

The agency convened councils on commercial buildings and plan codes in December and is planning to meet again this month to review the thresholds in place for plan submission.

The latest building season has largely wound down, but Schulze expects that a long-term solution will be in place by spring. Stroebel says he’s less optimistic unless “someone really gets a fire lit under them to move on this.”

Crim said discussions with legislators are ongoing and she’s hopeful that “things get put in motion.” 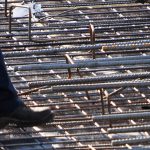