Construction Unemployment In Wisconsin At Near Record Low In February

WASHINGTON, D.C.—Estimated February not seasonally adjusted construction unemployment rates dropped in 46 states — including Wisconsin — on a year-over-year basis, according to an analysis of U.S. Bureau of Labor Statistics data released today by Associated Builders and Contractors.

The national NSA construction unemployment rate fell .2% from January to February.  In years past, a monthly decline has only occurred about a third of the time since the report first began in 2000 (six out of the previous 19 years).

“The strength of the February construction employment numbers continued to reflect the strength of construction throughout much of the country,” said Bernard M. Markstein, Ph.D., president and chief economist of Markstein Advisors, who conducted the analysis for ABC. “Unemployment rates in February were lower compared to a year ago in 46 states, unchanged in one—Hawaii—and higher in three—Idaho, Kansas and Louisiana. At the same time, the country and 30 of the states posted their lowest February construction unemployment rates on record.” 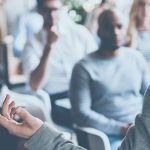 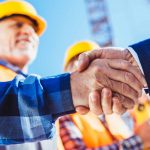