Four elected to Chapter Board roles

MADISON, Dec. 4, 2020 — The members of Associated Builders and Contractors (ABC) of Wisconsin elected four individuals to positions on the chapter board of directors over the past several weeks. Jim Bunkelman, Royal Construction, Eau Claire, was elected to take the role of chair-elect in 2021 and chair in 2022, following Casey Malesevich of Sure Fire, Inc., Horicon, who was elected into the same position a year ago.

Malesevich will replace Kevin Day as chair, while Day will assume the past-chair position being vacated by the departure of Greg Jones, who was elected to the board four years ago. 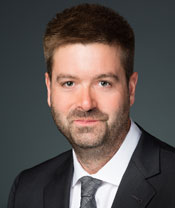 Three board members were added as well, including Jessie Cannizzaro, Milestone Plumbing, Inc., Wauwatosa, Andrew Kaehny, Steiner Electric, Inc., West Bend, and Denita Schreier, WDS Construction, Inc., Beaver Dam. In addition to the departure of Jones, the board will also experience the loss of Steve Slawinski, O’Neil, Cannon, Hollman, DeJong & Laing, S.C., Milwaukee, and Jay Zahn, R&R Insurance, Waukesha, who was filling in as a result of an early departure from the board.

ABC of Wisconsin is thankful for the time and dedication the outgoing board members brought to ABC, in addition to their wisdom and knowledge.

“It’s always hard to see all this knowledge and experience of our dedicated board members go at the end of another year,” said John Mielke, president of ABC of Wisconsin. “We are losing three extremely valuable members of our board but we are also excited about the new qualities and perspectives we will gain with the new board members.” 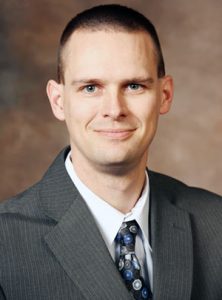 Jim Bunkelman is the President and CEO of Royal Construction, Inc. in Eau Claire. Jim joined Royal Construction, Inc. in 2012 as a project manager, and in 2014 joined Royal’s Board of Directors as a shareholder. In 2016, Jim was elected president and CEO. With more than 18 years of experience — ranging from construction management, general contractor to operations director — his expertise spans all aspects of the business. He has served on the ABC of Wisconsin Board of Directors the last two years. Jim is a graduate of the University of Wisconsin-Stout where he earned a bachelor’s degree and a master’s degree in construction management. He serves as an adjunct professor in the Construction Management program at UW-Stout and is actively involved in the youth and registered apprenticeship programs and believes they are vital to the future success of the construction industry. 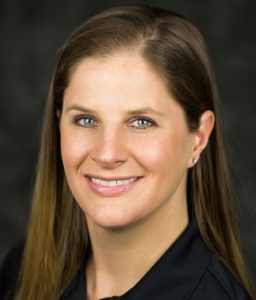 Jessie Cannizzaro is the owner of Milestone Plumbing, Inc., in Wauwatosa. Milestone Plumbing celebrated its ninth year in business and ninth year as a proud ABC member in June. Jessie holds a Wisconsin Master Plumber license, Wisconsin Cross Connection Control registration, Bachelor of Business Administration (BBA) and Master of Business Administration (MBA) from the University of Wisconsin-Milwaukee, where she graduated with high honors. Jessie has been a NARI (National Association of the Remodeling Industry) Milwaukee Board Member since 2017 and currently serves as treasurer. She is a past secretary and serves on the Government Affairs Committee and Workforce Development Committee for NARI. Jessie also represents ABC on the Wisconsin State Plumbing Advisory Committee. She is a graduate of ABC’s five-year plumbing apprenticeship and earned the ABC of Wisconsin Apprentice of the Year Award for all trades and won the ABC of Wisconsin Plumbing Skills Competition. She serves on the ABC of Wisconsin Skills Competition Committee and volunteers time every year for the competition.

Andy Kaehny is Vice President, Chief Administrative Officer for Steiner Electric, Inc. in West Bend, delivering high-quality electrical projects with safety at the forefront. The company roots go back to 1933, as it is owned and led by a third generation of the Steiner family. Andy has a Bachelor of Science degree in financial planning from the University of Wisconsin-Madison and has more than 20 years of professional business leadership experience in financial services and construction. He serves on the board of directors of the Volunteer Center of Washington County and he is a past board member of the West Bend Community Scholarship Foundation, where he promoted technical and trade careers through the selection of scholarship recipients. Andy has participated in many ABC events, which has provided him an understanding of the mission of the organization, especially work toward helping merit shops succeed in the marketplace. 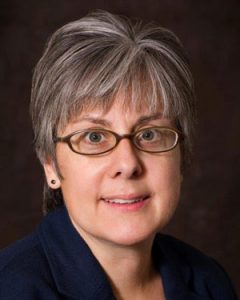 Denita Schreier is Chief Financial Officer (CFO) with WDS Construction, Inc. in Beaver Dam. She currently serves as secretary of the CFMA Madison Chapter, as treasurer for the CFMA Mid-Atlantic Education Conference and as a committee member for the CFMA Midwest Conference. She has a bachelor’s in business/accounting and an associate’s in education. In 2004, during the inaugural exam, she achieved her CCIFP (Certified Construction Industry Finance Professional). From 1995 to 2005, she worked for ABC member Westra Construction Inc. From 2005 to 2013, she ran her own consulting practice; working with many generals and subcontractors on financial reporting and improving business processes. She was active with the ABC Keystone Chapter in Pennsylvania from 1996 to 2003 and served on the Legal and Education Committees. She was chair of the Education Committee and created a Construction Process Overview course that she taught for a number of years. 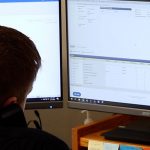