MADISON, Dec. 28, 2020 – Dave’s Fave, created by ABC of Wisconsin member Dave Jones, Inc. in Madison, is gaining in popularity, which is good for local charities. The love of cinnamon flavored whiskey began as a representation of one of their core values, “Work Hard, Play Hard.” It was initially meant to be a fun addition to company parties and used as gifts, but the liquor’s demand from customers and employees presented a new opportunity. “Giving Back,” is another company core value at Dave Jones, Inc., which aligns nicely with this effort.  The company leadership realized it had the resources and ability to bring the product to market and donate 100% of the proceeds to local charities. The UW Health American Family Children’s Hospital has been designated as the charity for 2020 and 2021. 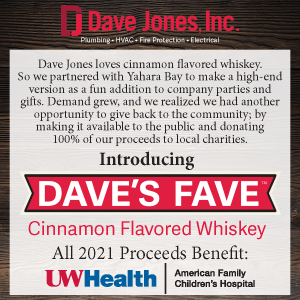 Dave Jones, Inc. partnered with Yahara Bay Distillers in Fitchburg to customize a quality whiskey with just the right touch of cinnamon and sweetness, without the thick, syrup-like consistency commonly associated with our competitors. It is the perfect cinnamon flavored whiskey for adults.

Dave Jones, Inc. is a second-generation family-owned mechanical subcontractor specializing in plumbing, HVAC, fire protection, and electrical. They have a strong presence in the Madison and Milwaukee markets working on new residential and new commercial construction. The company also has a full-service team based out of its headquarters in Madison.

Dave’s Fave is available at: 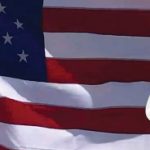 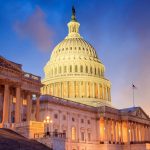