[Madison, Wisc…] Associated Builders and Contractors (ABC) of Wisconsin announced the hiring of Nick Novak on Tuesday as Director of Marketing and Communications. Novak will replace Chris Reinhart, who recently retired.

“We are excited to have Nick join our team,” ABC of Wisconsin President John Mielke said. “His knowledge and expertise will help us grow, innovate and better serve our membership of more than 800 merit shop builders and contractors in the Badger State.”

Prior to joining ABC of Wisconsin, Novak was Director of Communications at The John K. MacIver Institute for Public Policy. Previously, he served on multiple statewide political campaigns and in Gov. Scott Walker’s official office.

Novak is a contributor to The Washington Times. He has also been featured on Fox News and quoted in The New York Times, Bloomberg News and TIME, among many other news outlets. In addition, Novak was presented with a 2015 Spark Freedom Trendsetter Award, which recognizes creativity, execution, achievement and overall excellence in free market communications and marketing.

“I look forward to continuing the tradition of excellence that has been established at ABC of Wisconsin,” Novak said. “Our members demonstrate that the best work is work built on merit, and I will strive to highlight that each and every day.”

From a modest start by six Baltimore contractors in 1950, ABC has enjoyed a growing membership, now totaling more than 22,000 firms nationally and over 800 in the Wisconsin chapter, each dedicated to the principles of free enterprise. These beliefs translate into a healthy, competitive and professional climate, the results of which are proudly reflected in ABC member’s construction accomplishments. 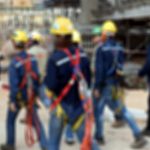