Less than a week after the Wisconsin Assembly sent a PLA Neutrality Bill to Wisconsin Governor Scott Walker, President Trump established an executive order calling for greater government efficiency, which could include project labor agreement neutrality and Davis-Bacon reform, according to ABC National.

“Associated Builders and Contractors applauds President Trump’s effort to create a more accountable and efficient federal government. The president can increase
competition for federal construction projects and lower the price tag for taxpayers by rescinding President Obama’s Executive Order 13502, which encourages contracting officers to require project labor agreements (PLAs) on federal construction projects exceeding $25 million, and replacing it with a
neutral executive action that allows a contractor, and not the government, to choose if a PLA is appropriate. When mandated by the government, PLAs
essentially prevent the 86.1 percent of the construction workforce that chooses not to join a labor union from being able to work on taxpayer-funded projects.
These anti-competitive schemes drive up the cost of projects by 12 to 18 percent, according to a series of academic studies, and result in a lower
return on investment for taxpayers.

“In addition, the U.S. Department of Labor and Congress can take much-needed action to reform the fundamentally flawed Davis-Bacon Act. The Congressional Budget Office has estimated that the Davis-Bacon Act will raise federal construction costs by $13 billion between 2018 and 2026 due to its enormous compliance
burden, archaic work restrictions and the inflated costs that stem from the U.S. Department of Labor’s flawed wage calculation method. As we consider how
to responsibly rebuild America’s infrastructure, which the American Society of Civil Engineers recently gave a D+, ABC urges the Trump administration and
Congress to take action to guarantee taxpayers are receiving the best possible product at the best possible price.” 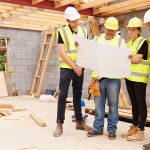