Posts on the Wisconsin Contractor Blog were read more than 48,500 times in 2018, according to a review of website statistics by ABC of Wisconsin. Throughout the year, ABC of Wisconsin uses the blog to present feature stories, analysis, advice and general information of interest to the construction industry.

1. What Two Legislative Wins for Apprenticeship Means for Wisconsin Contractors (May 22, 2018): This story highlighted ABC of Wisconsin’s two decisive legislative victories in the spring of 2018 that helped address the skilled labor gap. The ABC-backed measures, signed into law by then-Gov. Scott Walker, reduced the state’s journeymen-to-apprenticeship ratios to 1-to-1 for all construction trades and allowed qualified high school students to enter into adult apprenticeship programs during their senior year.

2. Worker’s Compensation – It’s all the Same! (March 7, 2018): Guest writers Chris Rasmussen and David Obermann of Ansay & Associates penned this piece explaining the dangers of not having a driver for your company’s “worker’s comp program bus.” The blog outlines four mysteries that lead to increased worker’s compensation premiums.

3. Sink or Swim – a Better Choice (Feb. 20, 2018): Wayne Belanger, ABC of Wisconsin’s education director, said the “sink or swim” philosophy is still at work for many in the construction industry, especially those who find themselves in the role of project coordinator, but it doesn’t have to be that way. In this post, Belanger outlines the lessons that are taught in ABC of Wisconsin’s exclusive Construction U Project Coordinator program.

4. Tax Reform Provisions for Contractors (Feb. 1, 2018): John Folsom of Wegner CPAs reviewed some of the substantial changes to U.S. tax law that were approved in the 2017 Tax Cuts and Jobs Act, particularly those of interest to the construction industry.

5. The Hard Truths About Soft Skills (March 13, 2018): A survey by Penn Foster, ABC of Wisconsin’s online training partner, found more than 64 percent of respondents said there was a significant gap when comparing the level of soft skills of the average candidate to the level needed for success in an entry level role. ABC’s Wayne Belanger outlines Penn Foster’s new online training solution – Career Readiness Bootcamp – which seeks to bridge that gap.

7. Millennials in Construction: What You Should Know About the New Generation of Workers (June 19, 2018): Millennials – anyone born between 1981 and 1996 – are a new breed of worker, workforce experts and an ABC of Wisconsin project coordinator said. In this story, they offer tips for recruiting and keeping new millennial workers as more baby boomers continue to retire and the worker shortage shows no signs of subsiding.

10. Developing Your Talent Pipeline Through Youth Apprenticeship (July 11, 2018): The Department of Workforce Development (DWD) has worked with many public and private sector partners to help employers meet their needs for skilled workers. In this post, they highlight the Wisconsin Youth Apprenticeship (YA) program, which is one of the rapidly growing strategies that is gaining popularity among ABC members. 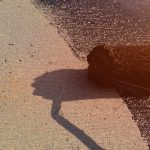 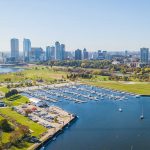