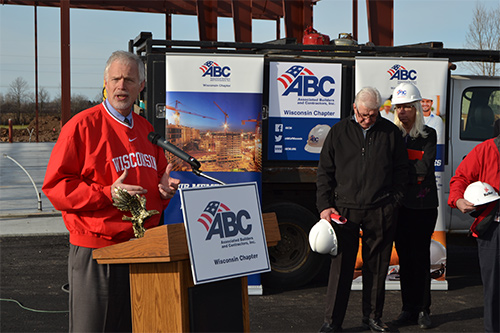 Johnson receives Eagle Award, vows to fight to get Washington out of the way of jobs and economic opportunity

“With more than 7 million workers employed nationwide – and 100,000 in Wisconsin – the construction industry is a great example of the kinds of private sector jobs we need,” Ron Johnson said. “I appreciate this vote of confidence from ABC of Wisconsin because people who build things understand what it takes to create good jobs and economic opportunity for all. As a manufacturer who started my own business I share their views, and will fight to get Washington out of the way of real economic growth for Wisconsin families.”

“Sen. Johnson has proven time and again that he is a strong supporter of the construction industry and a champion of the free enterprise system,” added Nick Novak, spokesman for ABC of Wisconsin. “The more than 800 ABC of Wisconsin members need someone in Washington who will have their best interests at heart, and that person is Ron Johnson.”

Ron Johnson has fought to grow the economy – not government – by working to control government spending and pushing for policies to get Washington out of the way. This includes fighting for fewer burdensome regulations that make it more expensive to create jobs, pushing for pro-growth tax reform, and encouraging the use of our God-given resources to keep energy prices low.

ABC of Wisconsin has been offering apprenticeship programs to help workers take advantage of that economic activity for more than 25 years. In 2015 alone, ABC of Wisconsin will train nearly 1,000 workers in a variety of construction-related trades. 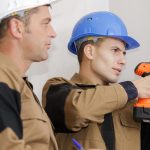 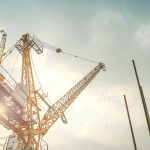