[Madison, Wisc…] Scott Smith, a resident of Cottage Grove, WI, was named the 2016 Associated Builders and Contractors (ABC) of Wisconsin Craft Professional of the Year at the 2016 Graduation Banquet on Friday, May 13, 2016 at the Kalahari Resort in Wisconsin Dells. Smith works for Faith Technologies, Inc. in Menasha, WI as an electrician.

To qualify for the award, the Craft Professional of the Year is a person who has trained ABC of Wisconsin apprentices for at least five years and demonstrates a high degree of professionalism in training apprentices on the job, and goes far beyond other trainers in all aspects of on-the-job training.

Smith, a graduate of the ABC of Wisconsin electrical apprenticeship program, is now a leader within his trade. It is said that this person’s leadership, willingness to teach those around him, and dedication is a model for all employees. In his nomination form, it was written that Smith “has found a way to move a project schedule along but not at the expense of our future apprentices training. He helps apprentices set goals that will challenge them. He gets the apprentice to take ownership of these tasks and gives them a senses of responsibility on the project.”

Apprentices are trained through a combination of on-the-job-training and classroom instruction. Depending on trade, apprenticeship programs are three, four or five year programs.

Associated Builders and Contractors is a national trade association, representing more than 21,000 merit shop contractors, subcontractors, material suppliers, manufacturers and construction-related professionals. With more than 800 members, the Wisconsin chapter is the largest in the country. 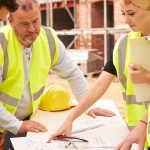 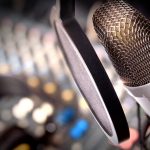