At least one other Wisconsin municipality looking at doing the same.

The city of Madison’s bird-safe glass ordinance may fly in the face of the state of Wisconsin’s Uniform Commercial Building Code (Uniform Code).

With the goal of streamlining building regulations and keeping costs reasonable without affecting safety or quality, legislation supported by Democrats and Republicans established a Uniform Code in Wisconsin,1 and designates the Wisconsin Department of Safety and Professional Services as the state agency to promulgate and adopt the Uniform Code via the administrative rules process.2

As a result, with few exceptions, local ordinances cannot establish a standard for constructing, altering, or building an addition to most commercial buildings3 unless the ordinance “strictly conforms” to the Uniform Code.4

In an effort to reduce the risk of bird colliding with buildings, effective Oct. 1, 2020, Madison created a new general ordinance section, titled “Zoning Code Ordinance,” and adopted a bird-safe glass ordinance for “all exterior construction and development activity” for certain exterior construction and development activity, including expansion of existing buildings and structures.5 The City of Wauwatosa is also considering enacting a similar ordinance.

The Madison ordinance requires that glass on the above-listed buildings be treated with one of the following:

The line between zoning and building code “is not easily drawn.”6 Local units of government may use their police powers to regulate public health, safety, and welfare.7

The state presumption does not affect certain fire detection, prevention, and suppression ordinances, or land use or zoning ordinances.8 Municipalities may not enact or enforce a local ordinance that imposes additional or more restrictive standards than the uniform building code.

Four construction and real estate trade associations, including ABC of Wisconsin, and the free market Wisconsin Institute of Law and Liberty (WILL) believe Madison’s new ordinance is illegal, no matter how well intentioned, and is the first step toward a confusing patchwork of local red tape and higher building costs for builders, contractors, developers, and property owners.

The remedy sought by these parties is a declaration that the ordinance is preempted by state law and an injunction preventing enforcement of the ordinance.

WILL’s Notice of Claim starts a 120-day timeline before a lawsuit against the city can commence in early July.

3 Public buildings or buildings that are places of employment. 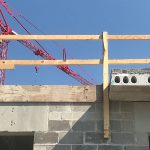 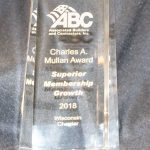