If you’ve met Jacob Moody, you know how passionate he is about the construction industry.

His motivation to continue learning earned him a gold medal last March at the ABC National Craft Championships (NCC) in Long Beach, CA. He qualified for the national competition by earning gold at the ABC of Wisconsin Skill Competition in January.

“It was very intense during the competition. You have the best of the best competing for first place,” Moody said. “You must be ready for everything and prepared on how you’re going to build it.”

Moody certainly prepares. At the ABC of Wisconsin Skills Competition, while the other competitors continued socializing after lunch, Moody took that extra time to study for the written exam.

“I remember all of my competitions like it was yesterday and how, mentally, I was preparing myself to compete and win,” Moody said.

“It has always been a goal for me to win nationals. My first week of school I told my teacher that I am going to be a national Champion. Four years later, I did it.”

During competitions, Moody would often be seen clarifying plans and instructions for the practical competition. This certainly paid off for him.

“I not only did it for myself but also for my family, instructor, Kraemer Brothers, ABC of Wisconsin, and for the State of Wisconsin,” Moody said. He recommends all apprentices consider competing.

Moody said his instructor, Gary Roehrig at Moraine Park Technical College, has had a huge impact on his life and career.

“Gary made our classroom environment very educational and fun. He has even taught me how to be a better person. I have a high regard for Gary and respect how professional he is and the fact he considers it an honor to have the opportunity to teach us,” Moody said.

“Jacob was the most dedicated apprentice I have had the pleasure of training in my years of teaching. He has always been attentive and willing to participate in any class discussion. His attention to detail is one of his strongest points,” Roehrig said. “Jacob is going to have a very positive impact on this trade,” he added. 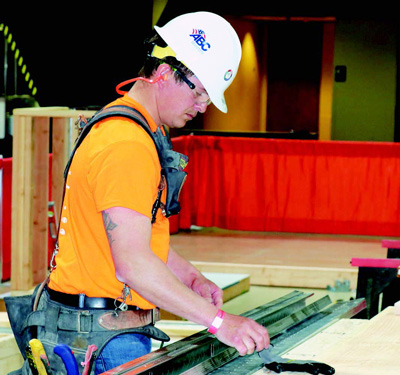 Jacob Moody is on his way to a gold medal as he competes in the Carpentry: Residential/Commercial category at the National Craft Championships in Long Beach, California in March.

Moody said the apprenticeship program has not only helped him succeed in carpentry, but in many other ways.

“It has shown me how to be held more accountable, communicating better, working as a team, and other useful tools,” Moody said. “Our class was together for four years and we all became friends. It has also intrigued me to be involved with the apprenticeship program and to allow me to help other apprentices to meet their goals as well,” he added.

Originally from Kansas, Moody’s parents are both four-year college graduates, but Moody chose to pursue carpentry at Southwest Wisconsin Technical College in Fennimore. He began work with Kraemer Brothers shortly after graduation. In high school, he enjoyed math, automotive, welding and wood classes. Wrestling was his favorite sport.

“Wrestling taught me how to never give up and to push myself to succeed,” Moody said.

He has known his wife, Katie, since he was little. He always thought of her as an amazing person, but never had a chance to ask her out on a date when they were younger. Then a few years back, they played on a kickball team together and the next thing you know, Moody is proposing to her on top of Rockefeller Center in New York City.

“I chose this spot because of my love of buildings and because of my quirky saying I tell her: ‘There isn’t a tape measure long enough or a building I could build tall enough to show you how much I love you,’ but I told her 69 stories comes pretty close,” he said.

He enjoys many hobbies, such as golf, hiking, camping, fishing and hunting. But his true passion is building things, which gives him happiness. He recommends carpentry to anyone who wants to build America.

“There is no better feeling than walking away from a job and seeing what you built …,” Moody said, “And that someday your great grandchildren will be able to say, “Great grandad built that building.” 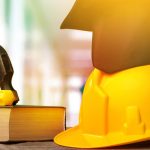 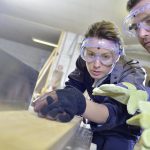 Millennials in Construction: What You Should Know About the New Generation of WorkersHuman Resources (blog), Management (blog), Wisconsin Contractor Blog
X
X
X