“We need you all at the table and we need you all working on this project,” said Chris Hagerup, Deputy Secretary, Wisconsin Department of Workforce Development, at a recent meeting designed to get all contractors involved.

A recent meeting on Foxconn capacity for small and disadvantaged contractors.

The goal for the first round of contracts totaling $100 million was to have 60 percent of the work done by Wisconsin companies and 10 percent by disadvantaged businesses.

“We hit both those marks,” Hagerup said. “In fact, for Wisconsin companies, we ended up at about 96 percent. It’s just a great thing. Sixty out of our 72 counties have projects related to Foxconn out of that first round of bids.”

“This next project is three million square feet. To get 10 percent of that kind of project means we have to grow up more small and disadvantaged businesses,” said Martin. “Our goal as the state of Wisconsin and with this administration is to make sure there aren’t any more disadvantaged businesses. We want to make sure everyone has the capacity,” Martin said, followed by applause.

Hagerup said this will have to be expanded to smaller and disadvantaged contractors like those at the meetings, but they often lack operating capital.

“You can go out and hire 30 people, but you can’t hit that first payroll or second payroll.” You need to go buy a truck, but you can’t afford to pay for the truck before you start making money on the contract,” Hagerup added.

The Wisconsin Housing & Economic Development Authority (WHEDA) has come up with a plan to partner with banks to get operating capital into the hands of contractors.

“Instead of traditional underwriting, it’s a checklist, which means the lender actually is doing all the underwriting. They are just attesting to the items on the checklist; the eligibility. That means, within a week, we can get you a guaranteed commitment. So, that should significantly speed up with the bank is doing, as well as, obviously, giving the access to capital.”

WHEDA has also expanded the product to subcontractors and service providers, in addition to contractors.

“It’s a revolving line of credit used for working capital for approved development projects,” Caro said. “We tie it to a contract that you would have for a particular project with a general contractor,” she added.

The line of credit is an interest-only payment with principle reductions based on how you the contractor is paid in the contract by the general contractor.

“Trying to go after a much bigger contract may seem like a daunting task, unless you realize you can have access to capital,” Kuzik said.

“If you have access to capital, you truly can make the numbers work,“ he added.

A link to a recording of the presentation on acquiring capital is available to ABC members.

Presenters at the meeting also stressed networking with contractors, especially the prime contractors who are all at the pre-bid sessions.

“That’s precisely the place to be. The primes come to those sessions. The match making that’s happening there allows you to get a chance to meet. They all are in the room,” said Martin.

Martin cited a recent example where more firms were needed on excavation after all the bids had been done and awarded, but more was needed. An additional nine disadvantaged businesses were called in for the work.

While you might not get the bid the first time, the people you meet at that sessions may get a bid that allows them to call you.

Federal tax credits are available for employees who hire individuals from specific target groups with significant barriers for employment.

“It’s an incentive for employers to hire these individuals and it could reduce their federal income tax liability as much as $9,600 per new employee hired, depending on eligibility,” said Patrick Lonergan, policy advisor for DWD.

There is no limit on the number of individuals an employer can hire to qualify to claim the tax credit.


A similar meeting is scheduled for Friday, August 24. 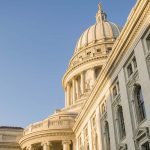 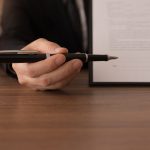