This week, the Wisconsin news media was quick to inform us about a prevailing wage report released by the Midwest Economic Policy Institute (MEPI) that claims taxpayers will not save a dime, but instead pay millions of dollars ($336 million annually) in additional taxes if lawmakers repeal prevailing wage in Wisconsin. MEPI said repealing prevailing wage laws would lead to $26,293 in potential public assistance costs per construction worker in a family of four, along with decreased tax revenues from each family.

Co-author of the report, Jill Manzo, said in a news release, “The bottom line is that taxpayers will not save from the repeal of prevailing wage–they will subsidize.” Huh?

MEPI latched onto one previous claim that repeal of prevailing wage would result in 44 percent taxpayer savings, but only after being critical of that estimate. They used it anyway.

In what appears to be a legitimate report, the authors applied the alleged savings with simple math; reducing essentially all construction workers’ wages in the state as a base number. MEPI claims it used the average skilled construction worker rate of more than $51,600. Reducing this number by the 44 percent taxpayer savings results in a salary of $26,293, even though the vast majority of construction workers will not be working on prevailing wage jobs.

Using this grossly inaccurate number, MEPI makes the assumption that it is the only income in a household and that each household has four person it it (even though most homes have second income earners). MEPI used this ridiculously low family income claim to make additional, unrealistic assumptions about public assistance eligibility and reliance for these families.

MEPI claims the lower incomes of construction workers will reduce taxes generated through these earnings. MEPI fails to factor that any lost tax revenues as a result of repeal would not be removed from the economy. It would be used in the State Budget elsewhere and remain in the economy. This is not lost tax revenue, as the report claims.

Union leaders and Democrats, like Peter Barca, were quick to support the report, saying, “it should be a game changer for Republicans.” Perhaps that would be the case had the report methodology not been so flawed, resulting in such ridiculous claims and passed off as academic research. Keep in mind, this is a report, not a study. There’s a big difference, although it’s always a good bet that the news media and others won’t differentiate between the two. It is not clear who funded the report, by the way.

The policy research group, which has a long list of pro-union reports on its web page, has essentially admitted the 44 percent should not have been used. Here is an unedited excerpt from the MEPI news release on the report:

And while the Wisconsin Legislative Fiscal Bureau predicted prevailing wage repeal would reduce wages by 14%, it also concurred with the existing research on the impact of prevailing wage on total project costs, saying they ranged “from small effects to no statistically significant effects.”

“Instead of disputing the flawed methodology inherent in the claims that prevailing wage repeal reduces total project costs, our goal was to highlight the fact that imposing wage cuts on blue-collar workers in the private sector translates to significant public costs for taxpayers,”said MEPI Study Co-Author Jill Manzo.

Regardless, MEPI spokesperson Todd Stenhouse is quoted by WisPolitics as saying, “prevailing wage is a little like climate change, there is a consensus on what the facts are.”

It’s absurd, if not shameful, when organizations that portray themselves as being neutral, pass reports like this one to the news media as fair, academic research. They know the news media will bite on just about any “study” handed to them and disseminate it to the general public with little to no background investigation. It may as well be considered fake or at the very least, manufactured news. 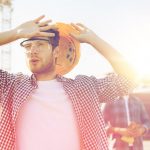 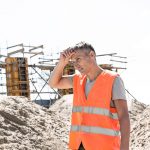