This afternoon it is expected that President Obama will direct the U.S. Department of Labor to change federal overtime exemptions for administrative, executive, professional, and computer professional employees, the so-called “white collar” worker classifications that have long been exempt from being paid time-and-one-half for working hours over 40 per week. The last previous revision to these exemptions occurred in 2004, during the Bush Administration. Prior to those revisions, the criteria for the overtime exemptions had not changed significantly in 50 years.

It is anticipated that the proposed changes to the overtime exemptions will touch almost every employer in the country, including the construction industry. If the changes become final, it will be much more difficult for employers to treat mid-level managers and professionals as exempt from overtime pay, thereby forcing employers to make hard staffing and economic choices in the workplace. The proposal is expected to face strong opposition from many business groups and is likely to be challenged in Congress and the courts.

Here is a brief overview of the current federal overtime exemption rules.

The Fair Labor Standards Act (FLSA) has long required all covered employers to pay time-and-one-half the regular hourly rate to all non-exempt employees who work more than 40 hours in a week. The Act expressly exempts employers from having to pay overtime to any employees employed as bona fide executive, administrative, professional and outside sales employees, along with computer professional employees. To qualify for this “white collar” exemption, employees generally must meet certain tests regarding their job duties and must be paid on a salary basis at not less than $455 per week. Job titles do not determine exempt status.

The Labor Department regulations further state that highly compensated employees performing office or non-manual work who are paid total annual compensation of $100,000 or more are exempt from overtime if they customarily and regularly perform just one of the duties of an exempt executive, administrative or professional employee as defined in the regulations.

The exemptions do not apply to manual laborers or other “blue collar” workers who perform work involving repetitive operations with their hands, physical skill and energy. The Labor Department’s current rules state that non-management employees in construction trades (as well as production and maintenance jobs) are not exempt no matter how highly paid they might be, if they spend significant time working with their hands and tools in the field, as opposed to supervising other workers.

The New Administration Proposal To Narrow The White Collar Exemptions

Unlike the recent Presidential Executive Order increasing the minimum wage for government contractors’ employees, today’s anticipated proposal will affect both public and private work by all employers covered by the FLSA, which includes the vast majority of construction contractors, subcontractors and suppliers. This proposal will have to go through the federal rulemaking process which could take anywhere between several months to well over a year.

“While details are still emerging about the newly announced administration proposal, its objective appears to be the imposition of more burdens on businesses, particularly small businesses, including those in the construction industry,” said Geoff Burr, vice president of government affairs for ABC. “Today’s presidential directive will potentially affect all employers covered by the Fair Labor Standards Act (FLSA), including the vast majority of construction contractors, subcontractors and suppliers. ABC will explore all avenues to ensure that any proposed rule changes do not cause harm to merit shop contractors.” 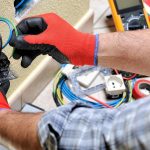 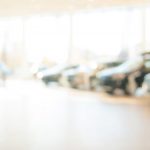