OSHA Penalties Will Increase Significantly in 2016

Congress has directed OSHA to author rules that increase its penalties to account for current inflation levels, which would raise proposed fines 70-80 percent. This would mean the maximum penalty for a willful violation would rise to about $127,000 from the current $70,000. Fines for serious violations would increase from today’s cap of $7,000 to a new limit about $12,500. The change will likely take place in the summer of 2016. In subsequent years, OSHA also will be allowed – for the first time – to adjust its penalties levels based on inflation.

This will have a substantial impact on the construction industry, especially with small and medium sized contractors.

OSHA has not modified penalty amounts in the last 25 years, and has been one of the few federal agencies exempt from annual inflationary adjustments to penalties.  The 2016 change will be a large “catch-up” adjustment, and will be followed by smaller bumps to keep pace with inflation in future years.

Wisconsin is a federal OSHA state, so the changes will take effect immediately (after implementation) here. The federal changes will not automatically apply in “State Plan” states that regulate occupational safety and health in lieu of OSHA. But since the regulations in State Plan states must be at least as effective as the federal OSHA requirements, penalties in State Plan states may also be increased to match the federal penalties.

This change is expected to have an impact on employers’ decisions whether to contest citations as the financial stakes have been raised. 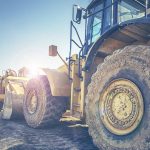 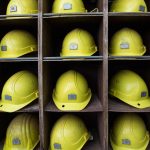