Celebrating and finger pointing are often the two activities that occur immediately after an election, and in the past few days, we’ve seen plenty of both.

As the dust settles in post-election Wisconsin, it looks as if not much has changed, but the reality might prove differently.

Governor Walker comfortably won his 3rd election in four years, putting him in position to serve a four year term that won’t be interrupted by a divisive recall, but the big elephant in the room is that he may run for President. If Walker does decide to throw his hat in the ring, it will certainly have an effect on how the Administration approaches policy in the state.

The State Senate and State Assembly may look similar with Republicans increasing their majorities and re-electing their top leadership, but will they continue to operate as in the previous sessions? Senate Majority Leader Fitzgerald and Speaker Vos enter the 2015-2016 session with over two dozen new members combined and what many perceive as caucuses more conservative than any in past memory. The Assembly now holds its biggest partisan gap since 1957 (Senator Fred Risser’s (D) first year in office!), and one should expect to see policies that align with that new, historic margin, especially with the now larger, more conservative partner in the State Senate.

And for those about to enjoy the respite from negative campaign ads and election fervor, your window is small; the Iowa caucuses are just around the corner. 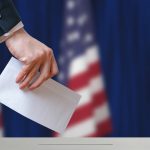