Late Wednesday, the U.S. Senate approved the Paycheck Protection Program Flexibility Act of 2020 (H.R. 7010) by unanimous consent after the U.S. House of Representatives passed it by an overwhelmingly bipartisan vote of 417-1 on May 28. ABC supported the bill and key-voted the roll call vote in the House.

The legislation, which will now be signed into law by President Donald Trump, will make the following changes to the Paycheck Protection Program:

During the Senate’s consideration of H.R. 7010, a statement for the record was issued by a bipartisan group of lawmakers clarifying that the extension of the covered period defined in section 1102(a) of the CARES Act should not be construed so as to permit the Small Business Administration to continue accepting applications for loans after June 30, 2020. Yesterday, Sen. Susan Collins (R-Maine) also said she is drafting a PPP technical changes bill to address the 60-40 payroll to nonpayroll cliff in the bill and to allow PPP to be used for personal protective equipment, among other technical fixes.

Additionally, the legislation does not address the recent IRS interpretation denying deductions for otherwise deductible expenses under the loan forgiveness of the PPP. It also does not expand eligibility for the program to 501(c)6 organizations. ABC continues to advocate for both issues to be addressed in the next relief package.

ABC applauds the swift action by Congress to pass the Paycheck Protection Program Flexibility Act. With borrowers set to begin hitting their eight-week deadline in the coming weeks, this legislation will now implement much-needed fixes and extensions sought by small businesses nationwide, allowing them to allocate funds toward other necessary expenses like rent and utilities; provide flexibility to spread loans over the full course of the crisis; and keep more Americans employed. 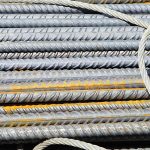 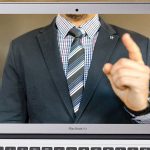