New research from the nonprofit, nonpartisan Wisconsin Taxpayers Alliance (WISTAX) shows that Wisconsin’s “prevailing wage” penalizes the poorest rural communities, stifles competition, and costs taxpayers 45% more. The WISTAX research, which was commissioned by ABC-WI, shows that when compared to the federal government’s method, Wisconsin’s methodology is flawed, resulting in extra building costs in 2014 of as much as $299.5 million.
Other findings from the study: 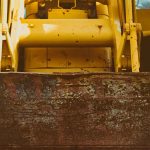 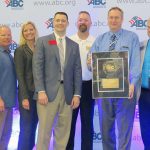