Contractors should be aware of the U.S. Supreme Court ruling handed down on June 15 that protects workers from discrimination based on sexual orientation and gender identity.  Employers who discriminate against an individual merely for being gay or transgender violate Title VII of the Civil Rights Act. The ruling was 6-3. Writing for the majority, Justice Neil Gorsuch said, “An individual’s homosexuality or transgender status is not relevant to employment decisions.”

The Court’s decision in Bostock v. Clayton County  involved a pair of employers who fired male employees shortly after learning of their sexual orientation, as well as a third case involving a funeral home director, Aimee Stephens, who lost her job after revealing her intention to have sex-reassignment surgery.  The ruling is significant because only 21 states have laws providing job protections for LGBTQ employees.  Wisconsin state law does explicitly prohibit workplace discrimination based on sexual orientation, but not based on gender identity.

In its ruling, the majority noted that Title VII bans discrimination because of sex. Justice Gorsuch explained that if an employer fires a male employee for no other reason other than the fact he is attracted to men, the employer discriminates against him for traits the company tolerates in his female colleague. And in doing so, he continued, “the individual employee’s sex plays an unmistakable and impermissible role in the discharge decision.”

In dissent, Justice Samuel Alito called this ruling, “legislation.” He explained, “Many will applaud today’s decision because they agree on policy grounds with the Court’s updating of Title VII.” However, he said Congress never took such a step. 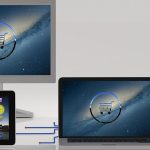 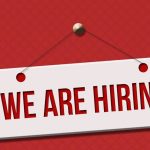