Wisconsin’s January construction unemployment was up a tick from December

WASHINGTON, D.C., Mar. 26, 2020 — Wisconsin’s estimated not seasonally adjusted construction unemployment rate in January was 6%, according to an analysis of U.S. Bureau of Labor Statistics (BLS) data released by Associated Builders and Contractors (ABC), 0.1% higher than December 2019.  The rate was 0.6% higher than the 5.4% rate in January 2019. The overall Wisconsin unemployment rate was 4.2% in January.

“In January, all of the country experienced above-average temperatures with the Northeast, from Wisconsin and Illinois eastward, registering significantly warmer than normal weather. This aided construction activity and employment,” said Bernard M. Markstein, Ph.D., president and chief economist of Markstein Advisors, who conducted the analysis for ABC. “These numbers were collected before it was known that COVID-19 was in the United States and precautions, such as select cities and Pennsylvania shutting down construction jobsites, were taken to prevent its spread. The larger effect of COVID-19 on construction unemployment won’t be reflected until the March and April data.” 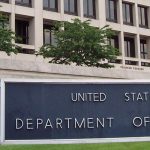 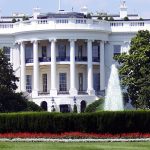