WASHINGTON, D.C.—Estimated January not seasonally adjusted construction unemployment rates dropped in 48 states — including Wisconsin — on a year-over-year basis, according to an analysis of U.S. Bureau of Labor Statistics data released today by Associated Builders and Contractors.

As the January 2019 national NSA construction unemployment rate fell 0.9 percent from a year ago to 6.4 percent, the construction industry employed 343,000 more workers nationally compared to January 2018, according to BLS numbers.

In Wisconsin, the NSA construction unemployment rate for January was 5.8 percent, a drop of one percent from January 2018’s rate of 6.8 percent. Wisconsin’s 5.8 percent is the second lowest state rate on record and only a tenth of a percent off the record mark in January 2017. Wisconsin also compares favorably to neighboring states, such as Minnesota (10.5), Michigan (8.7), Iowa (12.9) and Illinois (11.5).  The lowest state rate is 3.5 percent (South Dakota) and the highest is 15.5 percent (Alaska).  The rate for the U.S. as a whole is 6.4 percent.  Wisconsin’s year-over-year change is 17th best among the states.  The Wisconsin rate for December was 4.9 percent. 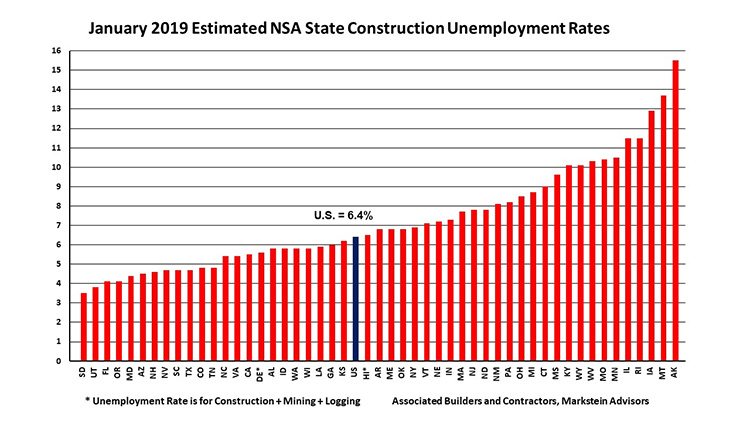 “Despite the government shutdown, the January construction employment numbers continued to be healthy reflecting the strength of construction throughout the country,” said Bernard M. Markstein, Ph.D., president and chief economist of Markstein Advisors, who conducted the analysis for ABC. “Unemployment rates in January were lower compared to a year ago in 48 states and higher in two—Hawaii and Colorado. The country and 28 of the states posted their lowest January construction unemployment rates on record.” 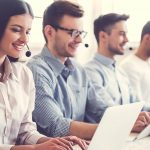 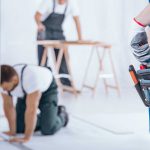